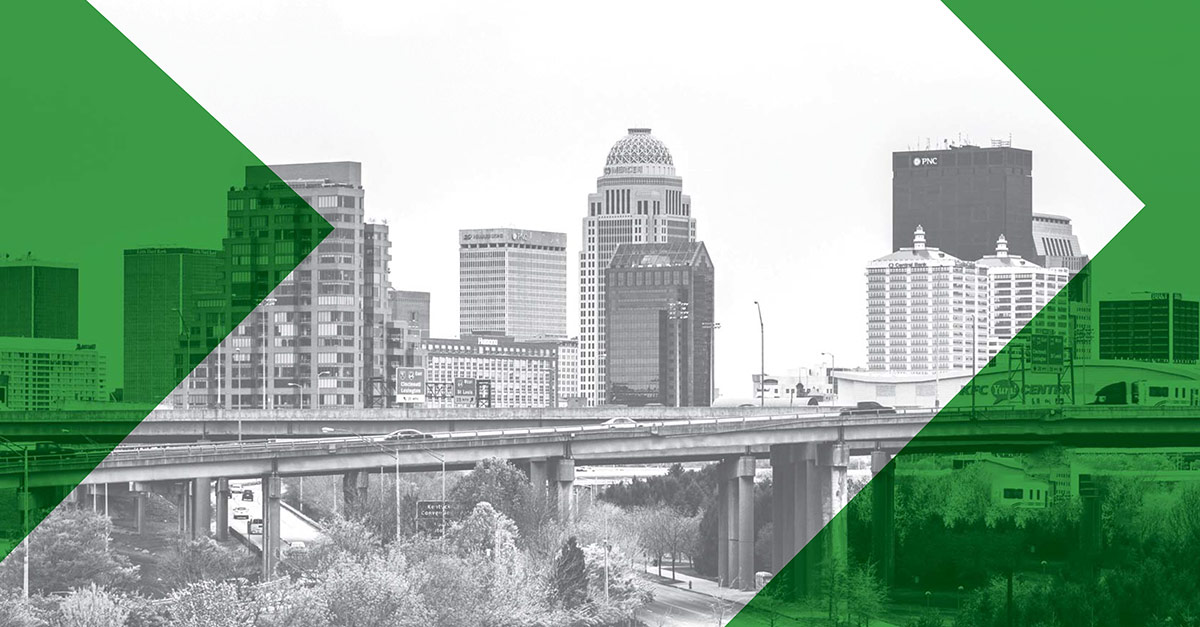 After more than a year-and-a-half of delays, Metro Louisville has finally released the Move Louisville report detailing the city’s strategic transportation plan for the next two decades. The report was unveiled at a press conference today at 10:00a.m.

Among Move Louisville’s top goals are shifting away from building new road infrastructure to a “maintain it first” approach. The report says Louisville has traditionally trailed its peer cities by a substantial margin in allocating funds for infrastructure maintenance versus construction. Additionally, a large focus of the report is on increasing “premium transit” which includes projects like a proposed Bus Rapid Transit (BRT) line along Dixie Highway.

Reducing the overall amount of driving in the city—especially for short trips—is another priority. Today, 82 percent of people drive alone to work, placing Louisville ahead of its peer cities in terms of commuting by automobile. For instance, only 72 percent of Cincinnati motorists drive to work alone.

To cut Vehicle Miles Traveled (VMT), Move Louisville targets short trips of 3 miles or less that account for half of all car trips in the city. The particularly low-hanging fruit includes trips of one mile or less that make up 28 percent of all vehicle trips. The report hopes to replace these trips with walking, biking, or transit use, and by promoting more compact land uses in targeted corridors. To achieve these goals, Move Louisville lays out $762 million in priority projects to be built within the next 20 years and highlights several policy initiatives and recommendations to support the projects and concepts.

Broken Sidewalk will publish a detailed analysis of the report later today looking more closely at Move Louisville’s implications and what it means for the city.

The Move Louisville plan is a joint effort of Louisville Metro Government, the Transit Authority of River City (TARC), and other stakeholders. Extensive public input was considered in crafting the report. Move Louisville was originally scheduled to be released in September 2014, but that deadline was repeatedly pushed back.