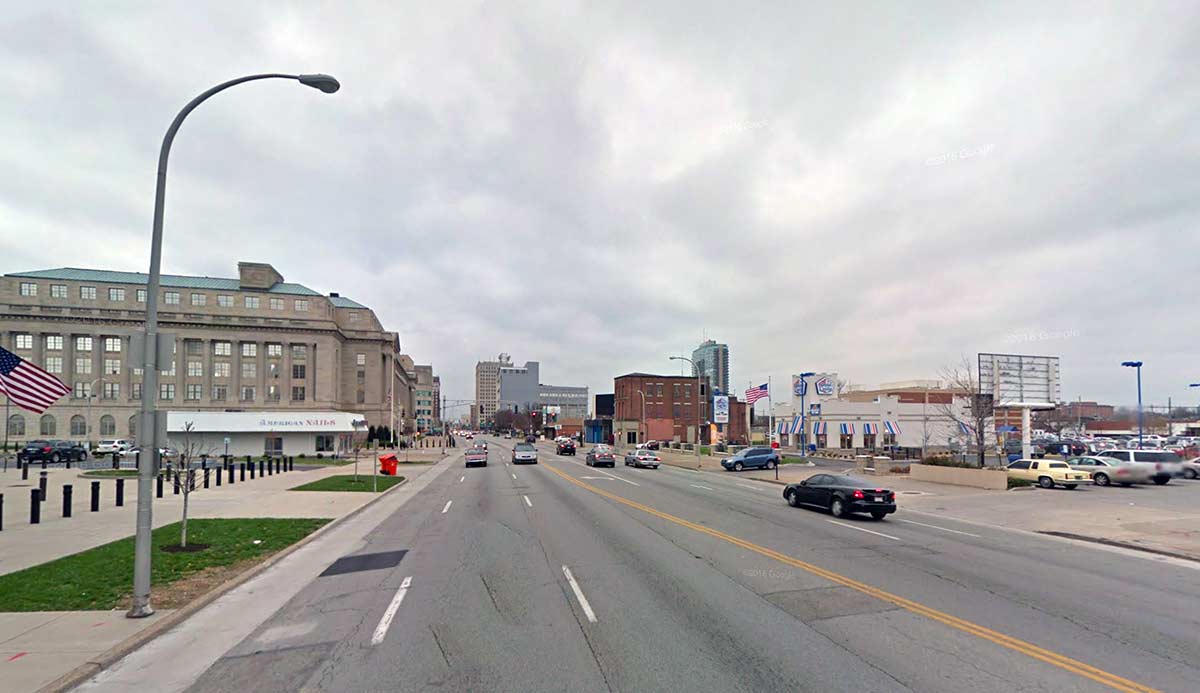 A pedestrian was struck and killed by a motorist in Downtown Louisville early Sunday morning, July 17. The collision took place at 3:30a.m. around Seventh Street and Broadway. The pedestrian died at University Hospital.

The only report of the fatality we could find is from WHAS11. And it’s not a very good one, quickly calling the crash an accident and reporting nonessential information that serves to blame the victim without any real details.

There aren’t a lot of details here other than we already know Broadway is a dangerous street for anyone using it. The city has proposed remaking the corridor with dedicated bus lanes and a complete streets treatment as part of the Move Louisville plan, but that’s years away if it happens at all. Louisville needs a mechanism for making rapid tactical safety improvements to its streets that can begin saving lives right away.

Louisville is currently in the midst of a three-year pedestrian safety campaign called Look Alive Louisville. The federally funded program is in response to the city’s above average pedestrian fatality and collision rate. Broken Sidewalk tracks pedestrian and cyclist collisions and fatalities under the hashtag Carnage.