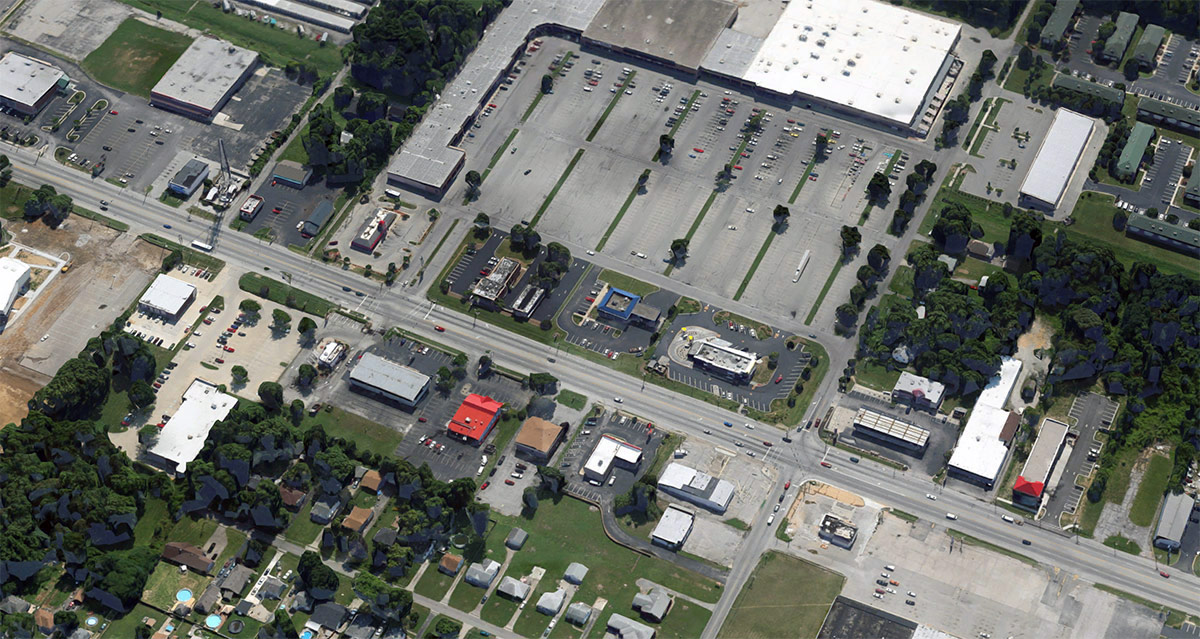 Brian O’Neal, 46, was killed while crossing the street just south of Valley High School in an area of residential neighborhoods and few sidewalks. The unnamed motorist was driving a Hyundai vehicle.

The incident was reported by WHAS11, WDRB, WAVE3, and WLKY. The local media is off to a poor start in the quality of their traffic violence stories this year. Each outlet posted a boilerplate summary of the police department’s statements about the crash. Both WAVE3 and WHAS11 called the crash an accident multiple times in their reports, and the former posted a photo of Second and Main street labeled as Dixie Highway to illustrate the story.

Those standard statements from the Louisville Metro Police Department followed in line with the victim blaming we have come to expect in cases of traffic violence. Various police spokespeople were quoted saying the victim was wearing dark clothing, which is not a crime nor should it be noted in a report such as this. After all, we would all take offense if a police officer noted that a rape victim were wearing a short skirt.

Police also indicated that the man was not crossing in a crosswalk. What the police did not mention nor did any local media report was that the intersection includes only one marked crosswalk with the other three crossings unmarked. In order to reach the marked crosswalk, the victim would have had to walk a great distance or else cross in another unmarked crosswalk. The design here sets up pedestrians to fail, and then be blamed when they’re killed.

There are two TARC bus stops in this vicinity, one sitting in front of a brand new McDonald’s on a slab of concrete disconnected without sidewalks, illustrating the challenges facing pedestrians in the area.

Moreover, the LMPD told local news that the collision was still under investigation, but were quick to add that no charges were expected to be filed against the motorist. Regardless of whether anyone is at fault or not, it’s inappropriate to claim an investigation is taking place and then come right out and say that it won’t mean anything anyway.

The speed limit on this portion of Dixie Highway is a staggeringly fast 45 miles per hour. A person struck at this speed has about a ten percent chance of surviving. A motorist driving at this speed suffers from a significantly diminished peripheral vision and requires 145 feet to bring his or her vehicle to a stop. Dixie Highway is deadly by design.

Louisville is still in the midst of a three-year pedestrian safety campaign called Look Alive Louisville due to the city’s above-average pedestrian fatality and injury rate. Dixie Highway is slated for some improvements hoped to improve safety later this year.