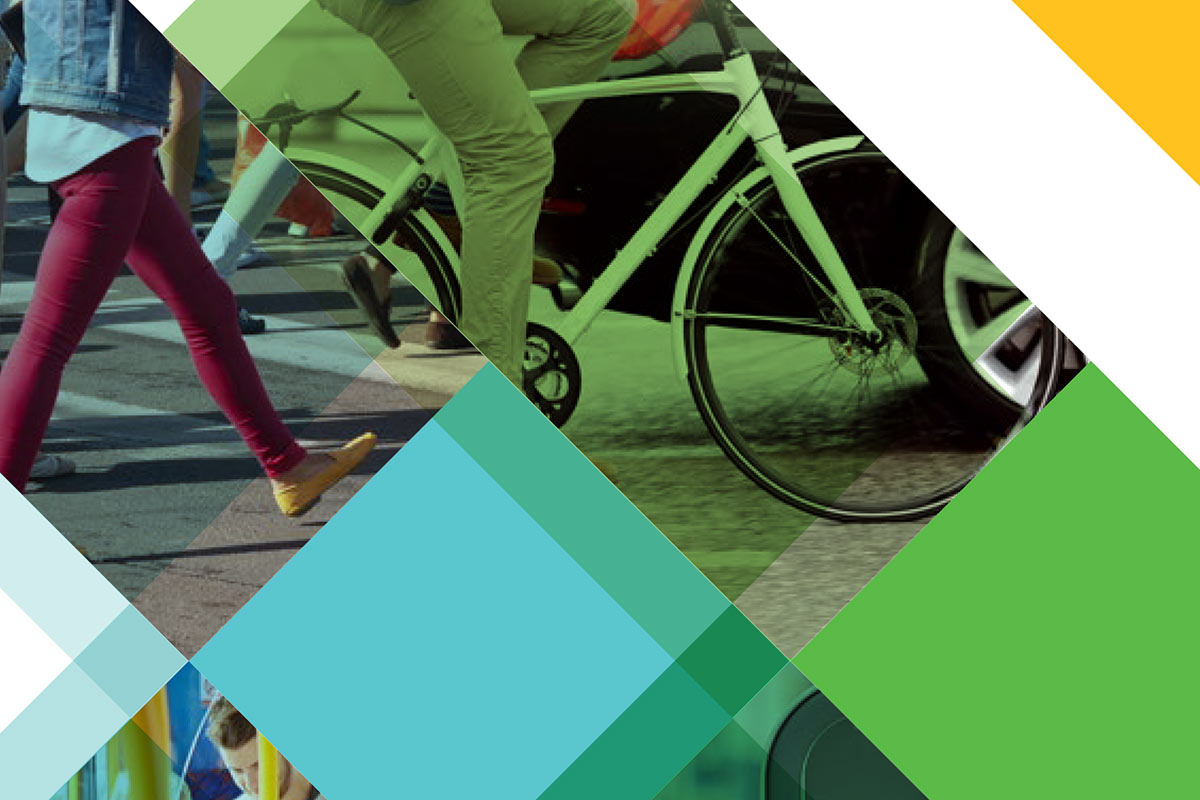 Eliminating carbon emissions from the American transportation system can be done, according to a new report from the Frontier Group (PDF). The tools to reduce energy use from cars and light trucks at least 90 percent are at our disposal or in advanced stages of development. The remaining 10 percent could be supplied by renewables like wind power.

“We have the technical capacity to do all of these things,” Frontier’s Tony Dutzik told Streetsblog. Here’s how it would work, if we can muster the will.

The first step is to reduce driving. Frontier Group estimates that the following four strategies could cut miles driven per capita by 28 to 42 percent, which amounts to a 10 percent total decline by 2050 when accounting for population growth.

1. Walkable Development: We have to build more walkable places where people don’t have to hop in a car for every trip. People living in compact neighborhoods drive 20 to 40 percent less than people living in spread out areas. If 60 to 90 percent of new construction between now and 2050 is walkable development with good transit connections, it could reduce total greenhouse gas (GHG) emissions from transportation 9 to 15 percent.

To accomplish that, Frontier says big coastal cities like New York and San Francisco need to “build up” and make room for more people. Meanwhile, sprawling places like Atlanta and Houston need to seize opportunities to redevelop existing space — parking lots or closed malls, for example — in a compact form.

2. Pricing Roads: Pricing parking alone could reduce total vehicle miles traveled by up to 3 percent. A blanket vehicle miles traveled tax, meanwhile, could reduce mileage by 10 to 12 percent. Congestion pricing, which puts a higher price on road use where and when traffic is most intense, is another avenue to cut mileage. London’s congestion pricing system, which only covers the central city, has helped reduce driving 10 percent even as the population has grown, Frontier reports.

3. Safe Routes for Walking and Biking: Shifting trips to bicycling can reduce GHG emissions by as much as 11 percent by 2050, according to the Institute for Transportation & Development Policy. In order to promote such a big change in behavior we have to re-allocate street space for transit, walking, and biking. Providing safe routes is the key to getting more people to bike, says Frontier reports.

4. Better Transit: Investing in reliable, convenient transit service will not only shift travel to a more efficient mode, it also feeds into a “virtuous cycle” of more walkable development and less car dependence.

The rest of the reduction in transportation emissions would come from changing the types of cars we drive and how we use them. Frontier Group focuses on three key changes that could reduce the energy consumption of passenger vehicles (not freight trucks) by 90 percent:

5. Electric Vehicles: Replacing internal combustion engines with battery-powered electric cars could yield big emissions reductions. Electric cars can of course be powered with renewable energy, and unlike internal combustion engines, they don’t lose most of the energy they produce to heat and friction. The Natural Resources Defense Council estimates that if just over half of the vehicles on the road in 2050 are electric, GHG emissions from transportation would be reduced 52 to 60 percent.

6. Self-Driving Cars: Autonomous vehicles could be designed to be much lighter, and therefore much more efficient. They may also facilitate more trip sharing. Which brings up the final step…

7. Sharing Car Trips: Households that switch from driving their own cars to ride-hailing and other shared-mobility options could reduce their transportation GHG emissions 51 percent, according to research published last year by T. Donna Chen and Kara M. Kockelman. A 2015 study by Peter Viechnicki estimated that as many of 19 million Americans would switch from private cars to ride-hailing if barriers were eliminated.