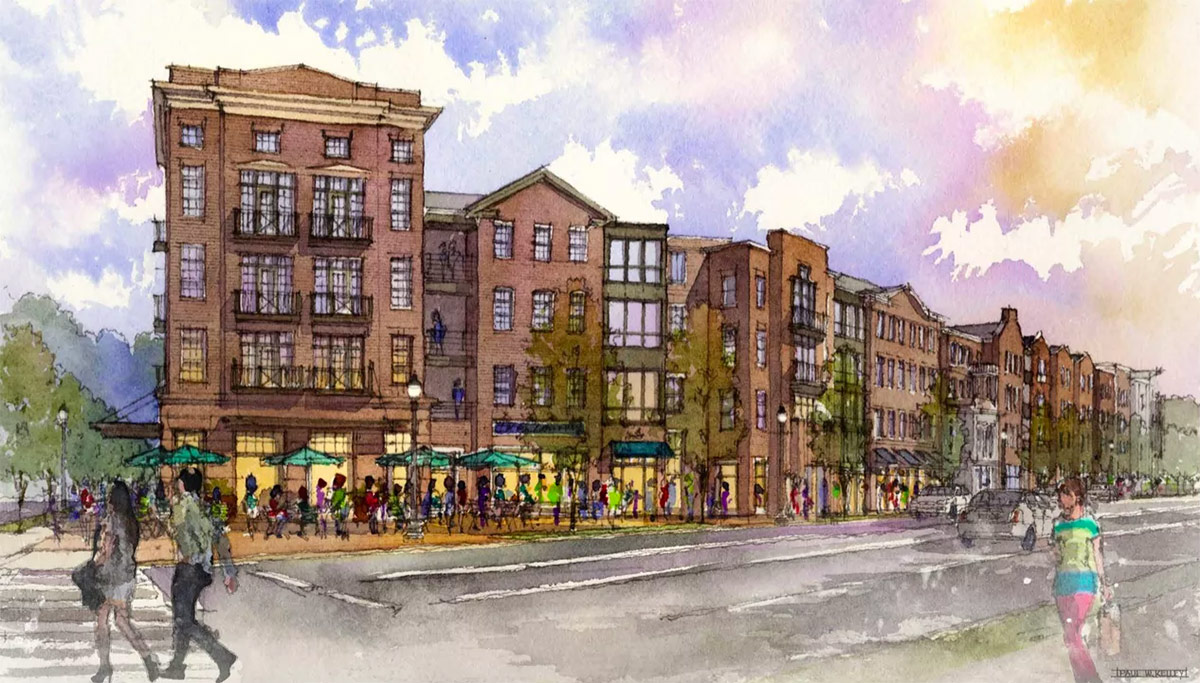 The Phoenix Hill Apartments have taken another step forward. The Planning Commission last Thursday unanimously gave its permission to rezone the property to accommodate the $52 million, mixed-use development on the corner of East Broadway and Baxter Avenue. Waivers and variances were also approved.

Slated to bring 281 apartments, 30,000 square feet of retail along Baxter, and 550 parking spaces in a garage, the yet-unnamed project’s rezoning case must now be approved by Metro Council, where it is unlikely to hit any snags.

To be developed by Columbus, Ohio–based Edwards Companies, the complex would bring a needed urban boost to an area plagued by surface level parking lots. Several older houses and two historic commercial buildings will be demolished to make way for the building, but one Italianate house facade and another commercial building facade will be rebuilt into the project. Six other houses were excluded from the project site and will remain standing.

A block west along East Broadway, Edwards Companies is planning to begin construction on the 200-unit Mercy Apartments on the site of the former girls high school. There, a century old convent will be demolished. After clearing its final regulatory hurdle last year, developers hope to get started with construction this spring.

Read more on the project from Broken Sidewalk here.