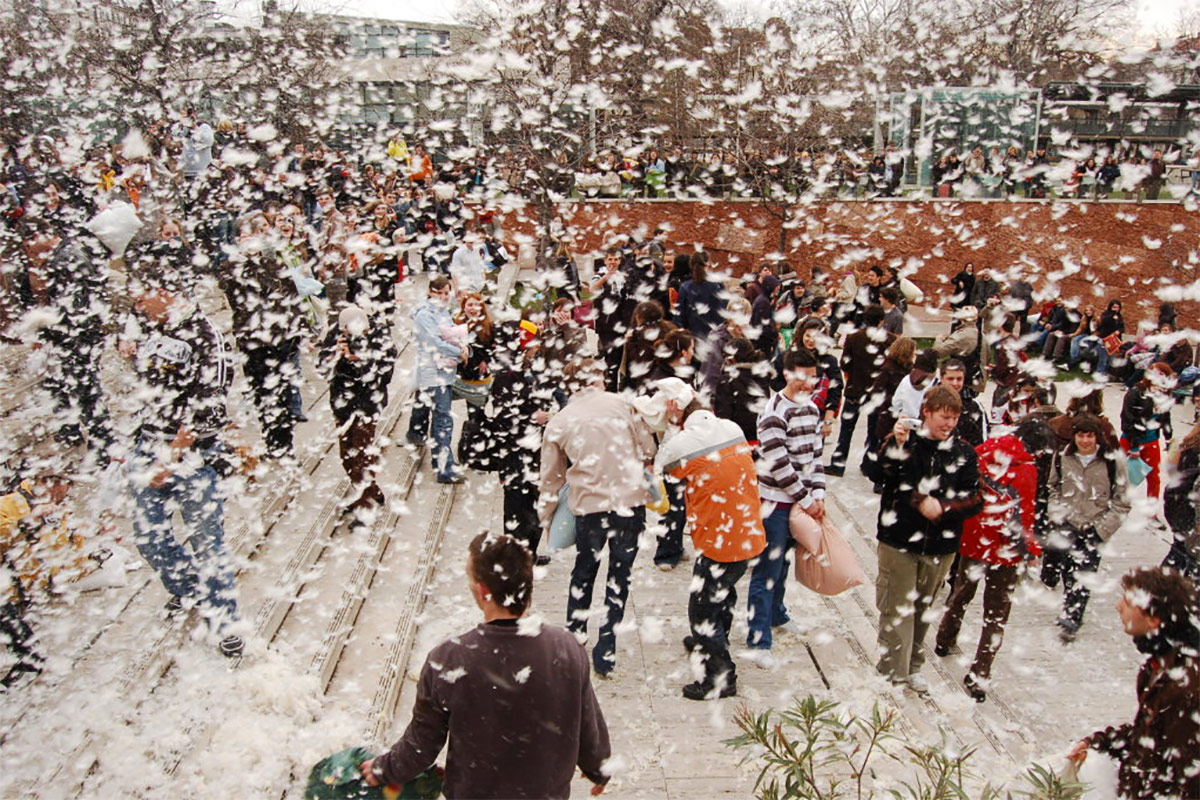 Pillow fight! This Sunday, February 14—that’s Valentine’s Day—Louisville is hosting a “Fight for Love” pillow fight in the middle of Fourth Street. That’s right. Grab a pillow and as many friends as you can wrangle and head on over to Fourth Street and Chestnut Street, where the feathers will be flying.

The event was announced today by the Louisville Downtown Partnership, which is using it as a multi-pronged approach to get people out shopping and generally enjoying Downtown‘s South Fourth Street retail corridor.

In recent years, the partnership has shown a growing interest in rethinking the way we use our city and interact in public space. The group is among the organizers of the popular Resurfaced project, which repurposes underutilized spaces to show their potential for more active roles in the community.

Sunday afternoon’s “Fight for Love” pillow fight will take place at 3:00p.m. at the intersection of Fourth and Chestnut street. Participants must be at least 18 years old to participate and you should bring your own pillow.

This is a wonderful chance to get out and experience public space in Louisville in an entirely new way, where you won’t be dodging oncoming traffic, only oncoming pillows. If you stop by, don’t forget to snap photos or videos and send them to tips@brokensidewalk.com or tag them #brokn502 on social media.

Louisville joins a growing roster of cities embracing pillow fights in public spaces, including New York City, Minneapolis, Toronto, Washington D.C., London, and Chicago, among others. There’s even an International Pillow Fight Day (this year scheduled for April 2) that promotes the idea globally.