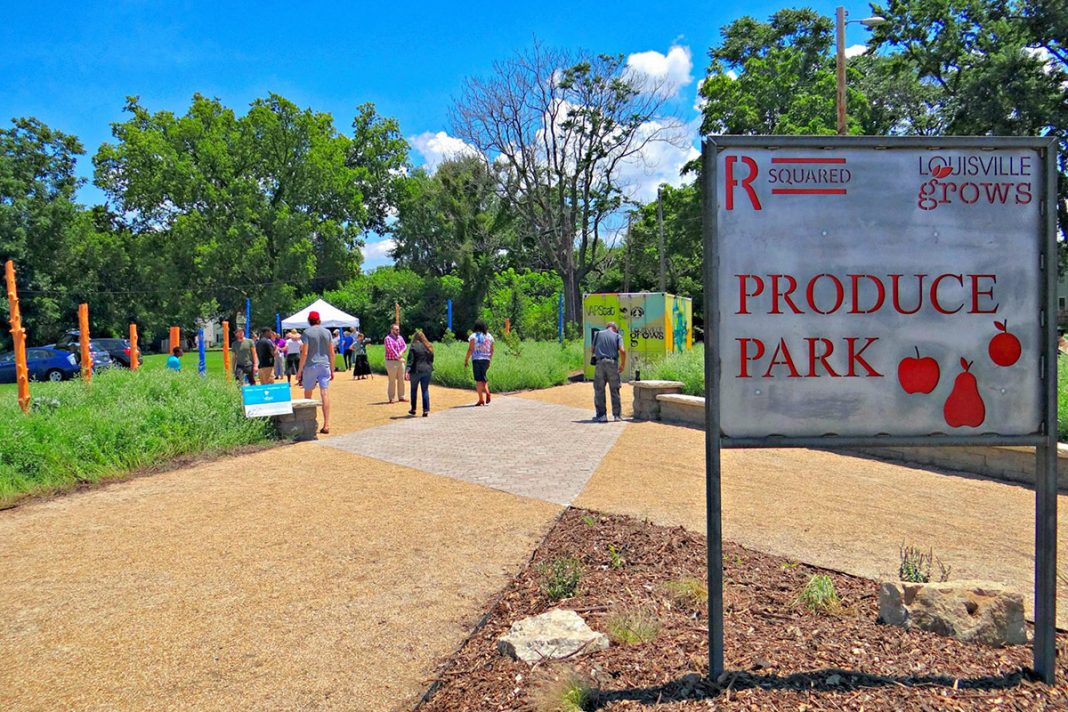 A vacant lot in the Russell neighborhood has been transformed into a fruit-filled community orchard. This past Friday, July 15, community leaders and officials gathered at the corner of 30th Street and Cedar Street to celebrate the opening of the new public space.

Called Produce Park, the space is a collaborative effort of the nonprofit Louisville Grows and Metro Louisville’s Office of Vacant & Public Property Administration (VPPA). Landscape architecture firm Gresham Smith & Partners worked as technical assistant on the design team, which included students from the University of Kentucky’s Department of Landscape Architecture and Patrick Henry Landscape Architects. The park was created with $30,000 in funds from Louisville Mayor Greg Fischer’s Innovation & Delivery Team provided by a grant from the Bloomberg Fund.

Within the park, peaches, cherries, apples, plums, and flowers will be available for residents to pick and enjoy. Louisville Grows, which will manage the site, expects the park to become an educational center for the community in addition to a place to gather food.

A mural painted onto a storage shed for Louisville grows explains the purpose of the park: “This is your orchard. This fruit is your fruit. This space is your space. Pick ripe fruit. Leave some for your neighbors.”

The idea grew out of the award-winning RSquared 40212 program looking at opportunities to “reuse and revitalize” parts of Russell, Portland, and Shawnee within the 40212 zip code.

Produce Park is located at 441 South 30th Street, directly across the street from the planned West Louisville FoodPort. The park is expected to run for three years.