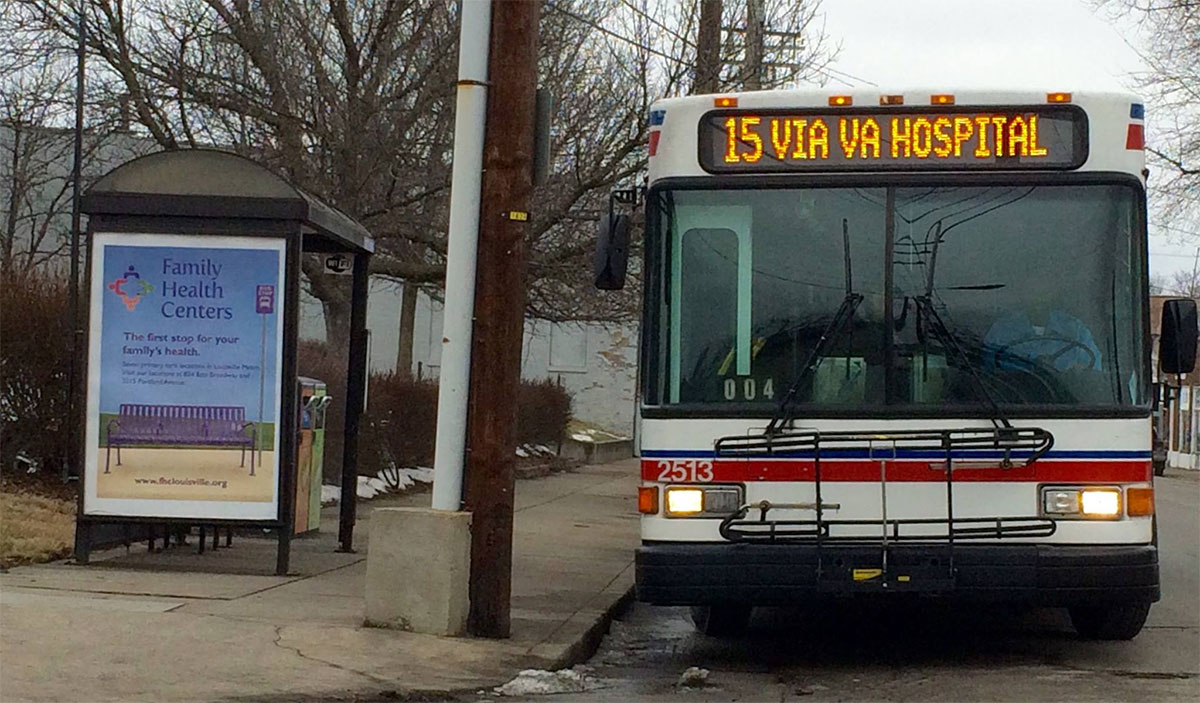 But while New York’s trash can proposal appears to have been carted off, Louisville has made the concept a reality. Mayor Greg Fischer says two new trash can Wi-Fi hotspots are a world first, and they’re located in the Russell neighborhood around the planned West Louisville FoodPort.

Fischer joined community leaders including Councilwoman Cheri Bryant Hamilton and Chief of Innovation Ted Smith on Wednesday to celebrate the second phase of the so-called West Louisville Neighborhood Wi-Fi Project, which is bringing free internet to the area. Grants supporting Metro Louisville’s Innovation Team funded the two 4G Wi-Fi hotspots along Market Street, which are being leased from BigBelly.

“The neighborhood WiFi project consists of placing access points in strategic locations along key corridors in efforts to create a mesh network for residents and businesses to have access to wireless coverage,” Charles Booker, director of strategic partnerships at Seed Capital Kentucky, the developer of the West Louisville FoodPort, wrote in a post on the company’s website.

Booker said that the project aims to increase internet access as one way of addressing the “holistic needs in the community” and to “help bridge the digital divide.”

The first two solar-powered BigBelly trash and recycling units with 4G internet are located at TARC’s Route No. 15 bus stops on Market Street at 25th Street and at 28th Street, making the wait for the bus a little more pleasant.

According to a press release, Route No. 15 is among the five top-used transit routes in Louisville with more than 2,200 average weekday trips. Among other things, the city said the Wi-Fi access will help riders check transit schedules and get real-time bus arrival information.

But because the BigBelly trash cans are solar powered, their Wi-Fi signal is only available with sunlight, Ted Smith told Broken Sidewalk. “It’s a tricky situation—we’re limited by the sun,” Smith said. “As the days get longer, the hours of operation will get longer.” That means more Wi-Fi in the summer and less in the winter.

Each Wi-Fi hotspot broadcasts about 100 feet in all directions, and will operate between 8:00a.m. and 6:00p.m., the city said (with extended hours in summer months).

That systemic weakness is also its strength, Smith added. He said that the units—the first outside Downtown—can be easily set up without relying on telephone poles or fiber infrastructure. Instead, these trash cans connect with cell towers, acting as a boosted mobile hotspot seen on many phones.

“Symbolically what we’re trying to do is systematically and consistently build out this kind of Wi-Fi accessibility in a community that has low broadband access,” Smith said, noting that for many, the only places to get Wi-Fi are at the library or fast food restaurants. “It’s not supposed to be a silver bullet. It’s a low end disruptor and it’s certainly moving us from zero to one—now we have something.”

Besides broadcasting a Wi-Fi signal, the solar panel on top of the BigBelly units also compacts the trash or recyclables inside, increasing their capacity by five times over a standard bin of the same size. The units also broadcast a signal to Metro Louisville Public Works when the bins are full, to reduce maintenance costs by up to 70 percent annually.

“The impact of this project is anchored by the FoodPort development,” Booker wrote. “Our rationale was simple: the FoodPort has the potential to be a transformative catalyst in a distressed neighborhood. Recognizing this, the Innovation Delivery Team raised the argument that bringing such a major development to a struggling area must be accompanied by efforts to empower the community.”