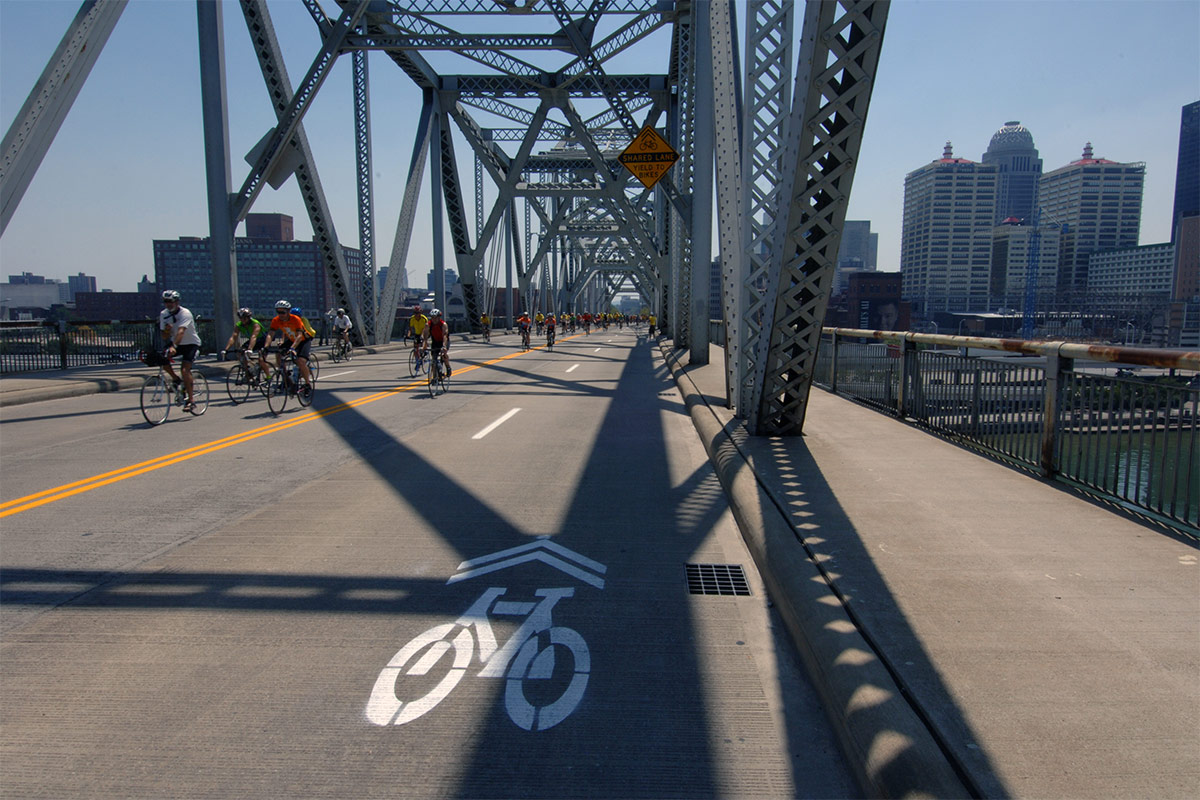 Sharrows are the dregs of bike infrastructure—the scraps cities hand out when they can’t muster the will to implement exclusive space for bicycling. They may help with wayfinding, but do sharrows improve the safety of cycling at all? New research presented at the Transportation Review Board Annual Meeting suggests they don’t.

A study by University of Colorado Denver researchers Nick Ferenchak and Wesley Marshall examined safety outcomes for areas in Chicago that received bike lanes, sharrows, and no bicycling street treatments at all. (The study was conducted before Chicago had much in the way of protected bike lanes, so it did not distinguish between types of bike lanes.) The results suggest that bike lanes encourage more people to bike and make biking safer, while sharrows don’t do much of either.

Ferenchak and Marshall’s study divided Chicago into three geographic categories using Census block groups: areas where bike lanes were added between 2008 and 2010, areas where sharrows were added, and areas where no bike treatments were added. They then looked at how bike commuting and cyclist injuries changed in these areas over time.

Meanwhile, the rate of cyclist injuries per bike commuter improved the most where bike lanes were striped, decreasing 42 percent. Areas that got sharrows saw the same metric fall about 20 percent—worse than areas where streets didn’t change (36 percent), although the difference was not great enough to be statistically significant.

One caveat with the study is that measuring bike commuters who live in a given area is not the same as measuring the number of people who actually bike on those streets. Still, the results strongly suggest that sharrows are ineffective as a safety strategy.

Ferenchak told Streetsblog sharrows seemed to have a small effect on encouraging people to bike but provide no additional protection. This is in line with what Dutch bike planner Dick Van Veen told Streetsblog about sharrows in the Netherlands: They should be used in tandem with significant traffic-calming measures—on a street with fast traffic, to put down sharrows alone would be considered “unethical.”

“I think our main takeaway is that we need appropriate infrastructure,” Ferenchak said. “Sharrows don’t dedicate any space to bicyclists.”

[Editor’s Note: This article has been cross-posted from Streetsblog USA. Broken Sidewalk is part of the Streetsblog Network and a founding member of Streetsblog Southeast. Top image of a sharrow on Louisville’s Second Street / Clark Memorial Bridge courtesy Louisville Metro / Flickr.]