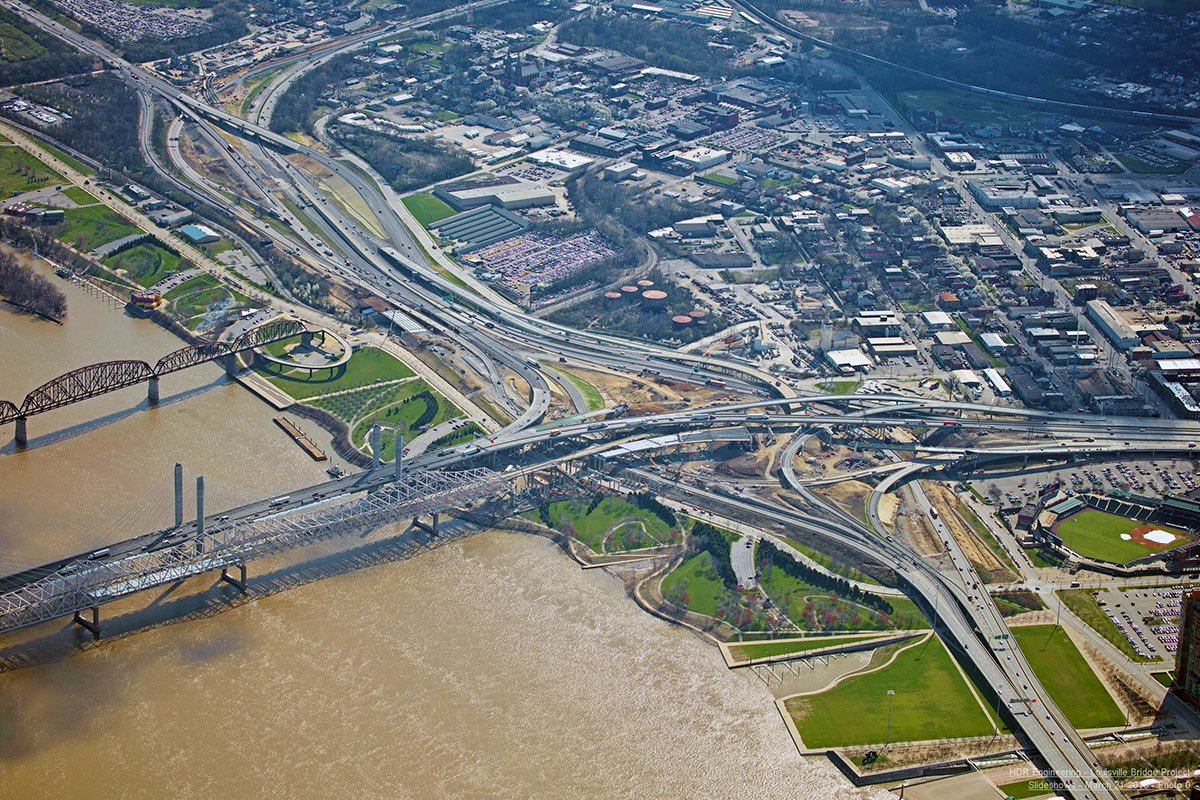 But the reality is that Spaghetti Junction is an enormous part of our physical built environment in Downtown, Butchertown, and beyond. And while much of it is hidden behind unsightly industry, mini-storage, or barren lots, when you see the junction from the sky, its scale really begins to stand out.

The Downtown Crossing segment of the Ohio River Bridges Project (ORBP) recently shared these aerial views of the junction taken this spring by HDR Engineering, and it’s apparent you could fit a large chunk of Downtown Louisville within the bounds of the highway.