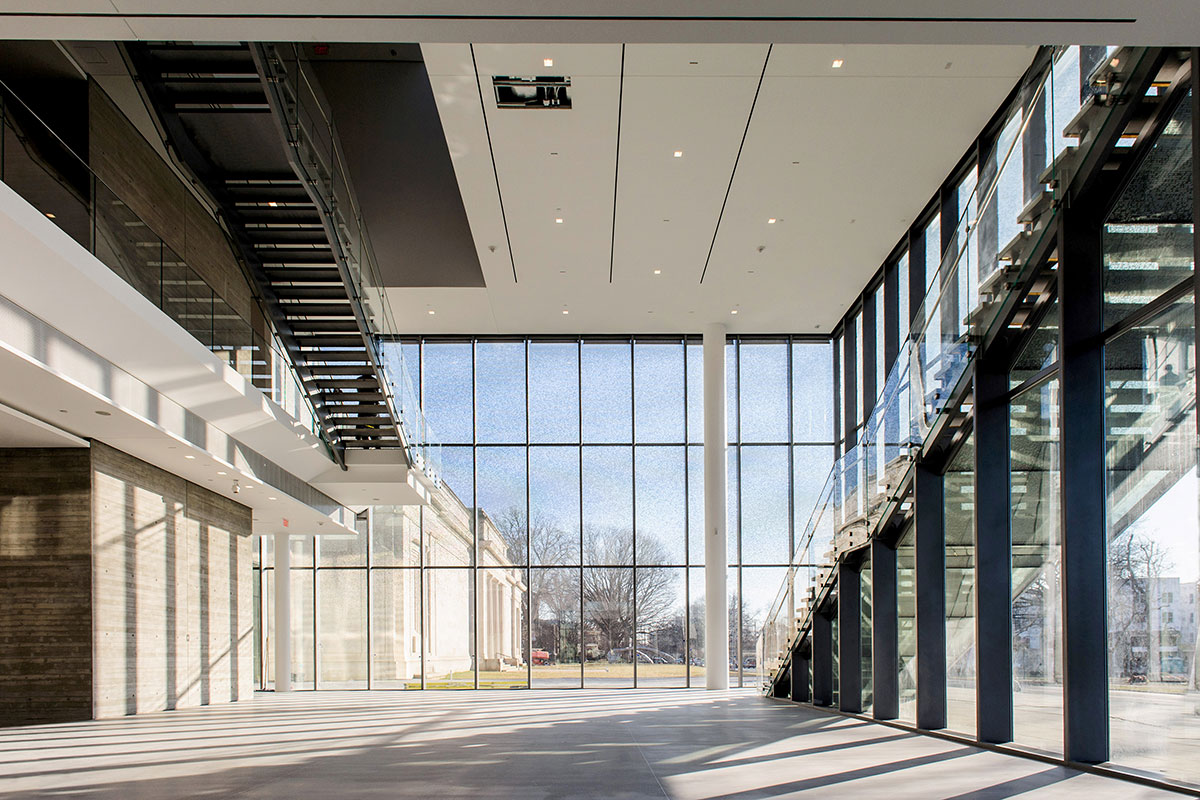 The Speed Art Museum officially reopens on Saturday, March 12. And we couldn’t be more excited.

Ever since the project was announced in 2008 and construction began in 2011, we’ve been watching the design for the new museum, the work of New York– and Los Angeles–based architecture firm wHY and principal Kulapat Yantrasast, take shape on the edge of the University of Louisville‘s Belknap Campus on Third Street.

From the very beginning, the Speed sought out top notch architects for its project, shortlisting Bernard Tschumi, the Bjarke Ingels Group (BIG), Gluckman Mayner, Henning Larsen, SANAA, Snøhetta, Studio Gang, and wHY from a pool of more than 100 contending firms. We spoke with Yantrasast in 2009 when he explained his firm’s strategy of “Architectural Acupuncture.”

Yantrasast recently spoke with Interior Design magazine, where he elaborates on his design thinking at the Speed Art Museum and in his other commissions.

“Acupuncture believes that the body has the energy to heal itself. In a sense, this is about helping the energy of an institution resolve its own problems,” Yantrasast said in the interview. “‘Architecture acupuncture’ doesn’t look at a building as brick and mortar. It looks at it as a brand, as an institution, as alive. So your work is not just to add another wing, another limb, another body. Instead, you must try to help solve the problem that the old body has by clearing circulation, decentralizing functions, and creating a better connection from the body to the outside. This allows the soul of the museum to thrive and connect better to people and our time while maintaining its original DNA and identity.”

Here are a few quotes of interest on various topics of preservation, architecture, and the Speed.

On working with old buildings:

Some of the buildings we do—the Speed Art Museum for example, or the Art Museum of Chicago, or even the Harvard Art Museums—all of these buildings were built more than 100 years ago, or close to 100 years ago. Every institution is like a grandmother or grandfather. Just because something seems less relevant to our time doesn’t eradicate the history that it lived through. These buildings will continue to live beyond our time. We’ll be gone and this museum will continue to survive and have life beyond our involvement or intervention, so it would be sad to be shortsighted about trying to, I use the phrase, “put her in a mini skirt.” That impulse is mid-life crisis kind of thinking.

On working with clients:

The only way we can start is to really be very active listeners—not just hear what people say, but absorb beyond the words…

Obviously, giving people the chance to express themselves is the first step. And then responding to those thoughts with your own thoughts that have a resonance is always a key. It’s like playing tennis. If someone serves to you, and you cannot return that ball then it stops. So it becomes a bouncing of ideas across, and through that a friendship happens and trust happens.

On architecture engaging with the public:

In traditional museums, in traditional buildings for that matter, the design is like a peacock. You go into the lobby, and from the lobby you can go to all these different rooms, galleries, classrooms, auditorium, cafe, and bookstore. They all centralize through the entrance and they kind of fan out, like a peacock spreading its wings. The problem is that it’s so centralized that for the coffee shop to open after 5 o’clock, the whole museum would have to be open. And the problem, too, is that everything is contained within the walls and no one sees what’s going on.

What we have done at the Speed is to change from the peacock model to what I call the octopus model. With the octopus model, all these facilities that normally get hidden behind the grand lobby are now tentacles reaching out into the streets and the community. For example, the coffee shop has its own storefront, so if you want to open it after hours, you can do that easily without having to open the whole museum. The classroom can become another storefront and you can see the activities going on over there.

In the Grand Rapids Museum and the Speed, too, close to around 85 percent of the spaces have natural light, including the galleries, offices, and public spaces.

But as you know, most of the time art does not like light. Because art needs to be preserved, and so the light has to be appropriate, filtered, and harmless to the art conservation levels. We do that by introducing indirect ways for light to come through, filtered light as well as using it in a way that allows people to feel it. Because even though art doesn’t like light, people like light.

I definitely love Duchamp. He set a tone that I think makes art so open to everyone, including myself.

If we’re talking about an object that I could own that would make me so happy, it may be a Cy Twombly painting. His work just seems to give you that delight of revisiting and not a lot of art objects offer that delight.

Read the full interview with Yantrasast at Interior Design.

The new museum will cover over 250,000 square feet, wrapping an original 1927 Beaux Arts structure with a new 60,000-square-foot North Pavilion—the prominent new building we see walking along Third—and a South Pavilion containing an outdoor sculpture garden and a 142-seat theater for the museum’s new film program, to be called Speed Cinema. wHY previously peeled away a series of uncoordinated additions dating to 1954, 1983 and 1995. Local architecture firm K. Norman Berry Associates worked with wHY on the project.

When it opens on the 12th, the Speed will celebrate with 30 hours of continuous programming in its old and new spaces. (View a full schedule of events here.) In related news, Brown-Forman Corporation recently donated $1 million to the Speed to open the museum for free on Sundays for the next five years.