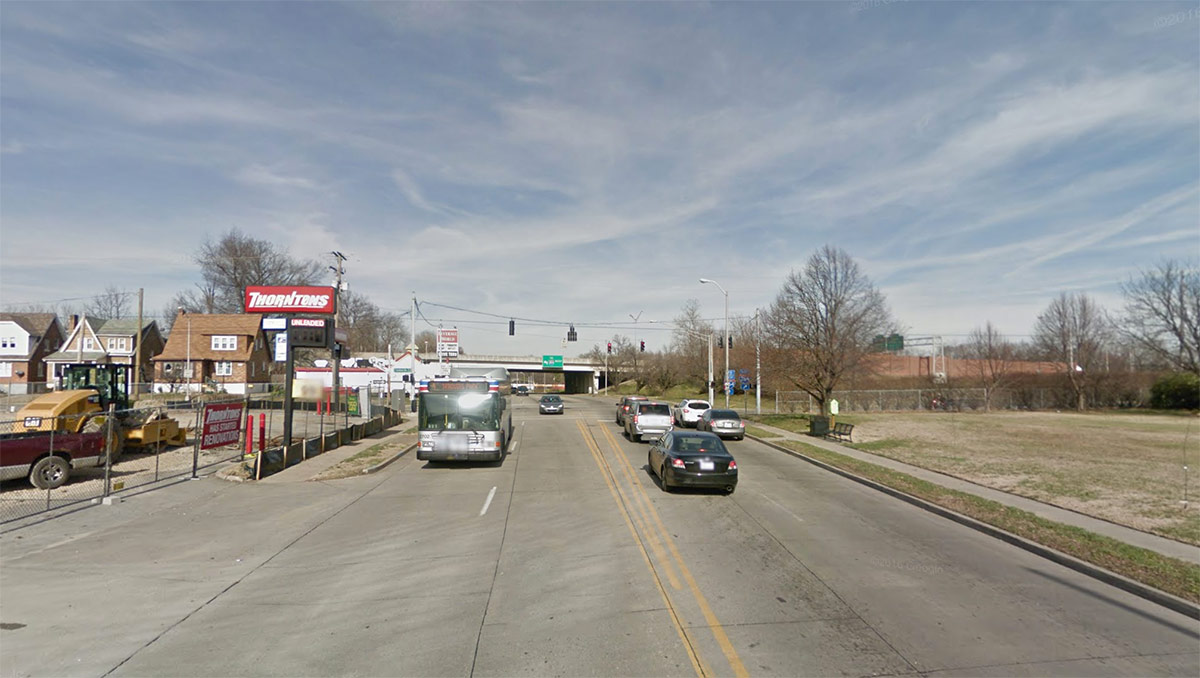 Third Street south of the Watterson Expressway, from Southern Heights Avenue to its terminus at Kenwood Drive, is about to undergo a road diet. The four-lane street will be converted to three lanes—one lane in each direction with a turning lane under the $500,000 plan. As part of the project, sidewalk ramps at intersections along the two-mile route will be made ADA accessible.

According to the city, the changes are meant “to improve safety and efficiency.” And road diets have a track record in Louisville of doing just that. “One thing that diets do is both improve throughput and slow driving speeds,” Chris Glasser, president of Bicycling for Louisville, told Broken Sidewalk. “Anything that can slow driving speeds is good for people on foot or on bike.”

Third Street here is pretty narrow for a four-lane road at 36 feet from curb to curb, or four nine-foot lanes. Glasser noted that those lane widths made it difficult for TARC buses to navigate the area. Dirk Gowin, project manager for the road diet with Metro Louisville, also noted that 18-inch sewer grates at the curb are sunken a couple inches below grade, making the outer lanes bumpy and seldom used.

The new configuration calls for travel lanes of 11.5 feet and a 13-foot turn lane. “I’m very favorable to 10 foot lanes,” Gowin told Broken Sidewalk, noting that these lanes are essentially 10-foot lanes past the sewer inlets.

“With any road diet, it organizes traffic a little better,” Glasser said. “It makes turning movements more consistent.” He said this road diet configuration isn’t a game changer for people on bike, adding, “The bigger benefit is for pedestrians and drivers.”

Gowin said that the project is predominantly a repaving project, with new striping for the road diet put in. As such, he said the city wouldn’t be working to complete a few gaps in the sidewalk network along the two mile stretch. “Paving is not a trigger for looking at a complete street,” Gowin said, adding that it is a trigger for adding ADA curb ramps at intersections.

Gowin noted that the city uses a Pedestrian Master Plan to figure out where to fill sidewalk gaps based on a cost–benefit analysis. “That master plan prioritized where to focus on those gaps,” he said. “We’re whittling away on that very slowly.” One upcoming project to watch is filling in sidewalk gaps along Cannons Lane.

Work on the repaving project got underway this week, according to a press release, and is expected to last around three weeks, although Gowin said the goal is to be done in two weeks. He added that work on the ADA sidewalk ramps got underway in April and is now complete, but advised pedestrians to use caution when crossing the street in a construction zone.