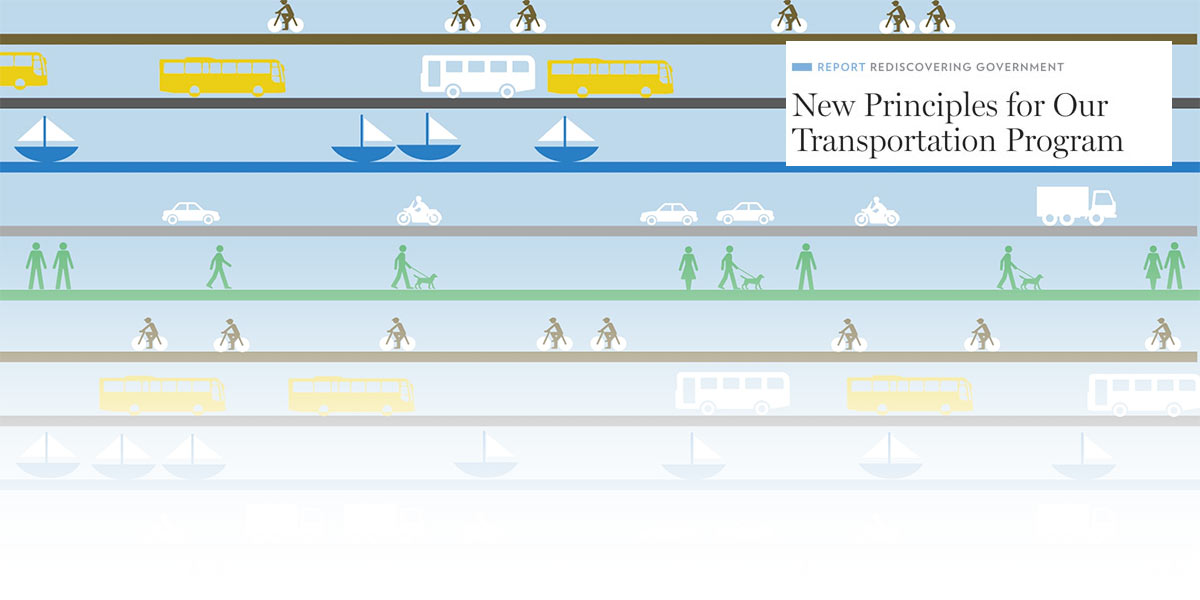 How can the next president improve American transportation policy?

Without wading into the spectacle that is the election, Beth Osborne, a former top official at the United States Department of Transportation (U.S. DOT) who’s now a vice president at Transportation for America, lays out a presidential agenda for transportation reform at The Century Foundation.

National transportation policy hasn’t fundamentally changed since the Eisenhower administration, and Osborne says the next president should take a fresh approach. Here are the priorities she lays out. Too many state DOTs are splurging on fancy new highway flyovers while their roads and bridges crumble. Osborne says the next president should demand they “fix it first.” The federal government should continue sending most federal transportation funds to states, but those funds should be restricted to maintenance.

The current system enables extravagant waste. Texas, for instance, recently borrowed $840 million in federally-backed TIFIA loans to build the $5.2 billion Grand Parkway — a third outerbelt for Houston. Meanwhile, the state is allowing 83 miles of rural road to return to gravel because it doesn’t have enough money to maintain them.

While they’re repairing infrastructure, states and cities should be considering whether they really want to hang on to their 20th Century infrastructure at all, Osborne says. When it came time for Rochester to rebuild its Inner Loop Highway — often described as a “moat” around the city’s downtown — the city got smarter. Instead of replacing it, parts of the highway are being filled in, opening up land for development.

The next president should do away with discrete funding pots for highways, transit, and (to a much smaller degree) biking and walking. The system should simply reward good projects, period, Osborne says.

Supporters of transit, biking, and walking might worry that this new system will result in lower levels of investment in those modes, since setting aside money for those modes was supposed to establish “a floor” for investment. Osborne argues that the current pots of money have in fact “become ceilings” and overhauling today’s funding structure would not tip the scales in favor of highways.

She also recommends “devolving” more federal funding to the local level, where transportation investments can be better coordinated with land use — so regions don’t end up wasting a bunch of money.

Here’s an example of the waste and dysfunction that can result when states and regions fail to coordinate land use and transportation investments: Greater Cleveland sprawled across five counties between 1948 and 2002, but its population remained roughly the same. Now the region is responsible for maintaining twice as many road miles, with the same population. Meanwhile, congestion and travel times actually increased.

Instead of sending states what amounts to blank checks to spend however they wish, the next president should establish some quality control.

Osborne says agencies should have to make compelling arguments to receive federal support for their expansion projects. For example, if a state wants to receive funding to widen a highway, it would have to demonstrate that it can maintain its existing system.

The TIGER program, launched by the Obama administration, demonstrates how merit-based funding can help improve the quality of what gets built, Osborne says. “Knowing the competition is fierce likewise encourages applicants to find the lowest cost solution or to find as much local, state and/or private funds to match TIGER funds.”

The next president should also insist that the federal government assess how state and local governments put federal funds to use. Are they achieving goals like a safer, greener, more efficient transportation system, or are they pouring money into highway boondoggles? U.S. DOT is moving in that direction, slowly, by requiring states to track certain outcomes, like pedestrian and cyclist fatalities. But the next president could go farther, Osborne says. It’s not enough to have states set goals and measure progress. There should be concrete incentives to do better, and the federal government should reward good performance.

Finally, Osborne says the next president should stop bailing out the nation’s transportation program with general fund revenues and accounting tricks. A higher gas tax, expanding the use of tolling, instituting a vehicle miles traveled fee, or harnessing the power of congestion pricing would all be preferable to the status quo of endless gimmickry.

You can read the full report here.

[Editor’s Note: This article has been cross-posted from Streetsblog USA. All images courtesy Transportation for America / The Century Foundation.]