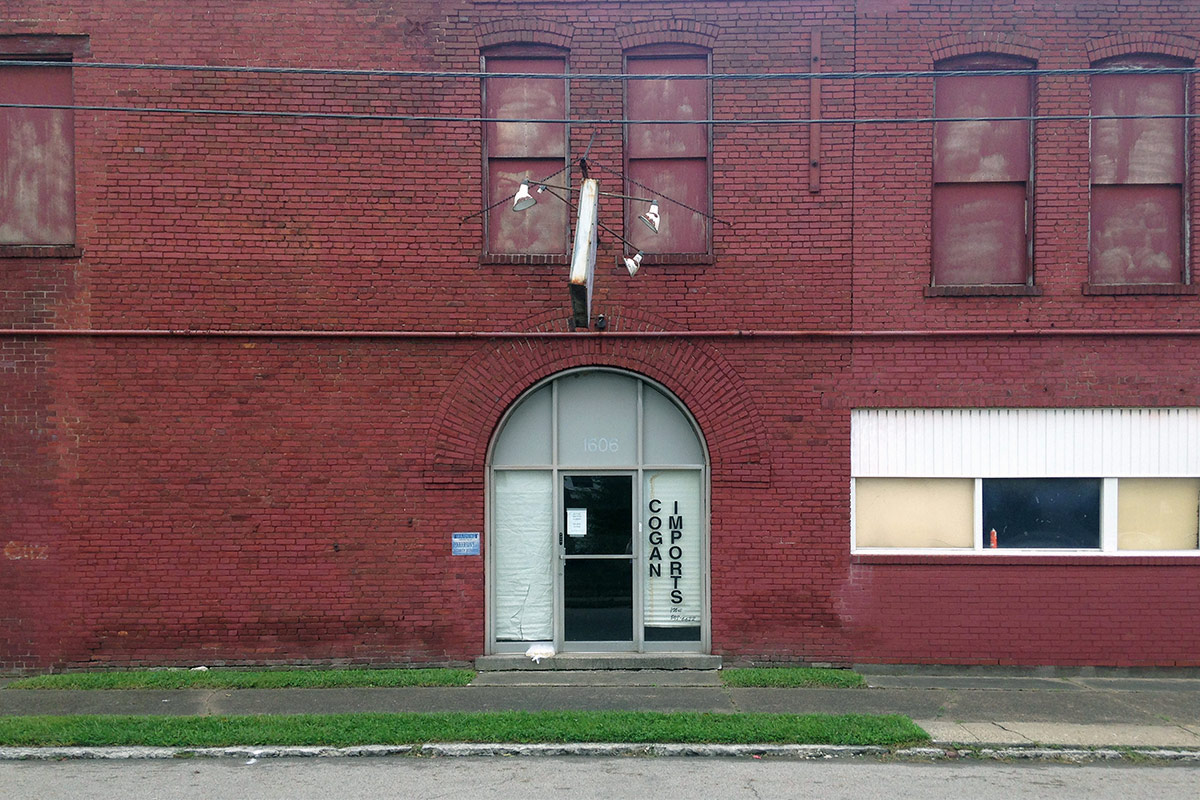 Portland will soon be a bona fide arts neighborhood. Today, the University of Louisville announced that it would locate its Master of Fine Arts program in the historic neighborhood in an old warehouse on the corner of 16th Street and Rowan Street.

The University will lease 27,000 square feet from a development group renovating the building—about a third of the total space in the overall complex. The UofL Foundation will lease the space for ten years, according to a press release.

Marian Development, Middendorf, and Blacketer are currently teaming with WorK to redevelop the old Bradford Mills into loft apartments in Germantown.

“We’re very excited about this project—it’s been about a year we’ve been working on this,” Justin Brown told Broken Sidewalk. “We think it’s going to be incredibly transformative for the neighborhood and the city. It’s rewarding when you get to do something like this, especially when there’s such a great team involved.”

The one- and two-story 1600 Rowan Street structure, dating to the 1800s, features an enormous central spine with clerestory windows 30 or more feet up. A mezzanine level overlooks the central corridor.

“A lot of the history of the building is lost,” Mitchell Kersting, principal at WorK, told Broken Sidewalk. The University said in a press release that the structure previously operated as a floor-covering distribution center, a storage warehouse, and a senior nutrition center, among other uses.

“This one was obviously designed to be a warehouse,” Kersting added. The structure was built with a steel structure on its interior with brick exterior walls. “When you walk in the door, it’s a three-story clerestory. It feels pretty tall.” Kersting said the structure is in “relatively good shape” for its age.

According to preliminary renderings released by the University, renovation work will clean up the interior while maintaining its industrial open feel. “We’re trying to be the least invasive as we can,” Kersting said. “The natural lighting in there is amazing.”

Because of its rough industrial past, the warehouse offered Kersting a blank canvas with which to craft the new MFA Program. “There’s not much to the building architecturally—it’s a basic warehouse,” he said. “We’re still going to restore the architectural elements that are still there.”

In the end, Kersting said it was an easy sell. “We walked through with Gill [Holland] and the department stakeholders from UofL, and as soon as we walked in the door, they saw it was perfect,” he recalled. “Someone completely unfamiliar with architecture could walk in and think this is a fantastic space for a creative use.”

WorK put together some drawings and met with University stakeholders to figure out what the department’s needs would be in the new building. “It was a fun exercise,” he said. “What would your preferred space look like?”

The University should be applauded for its forward-thinking commitment to the Portland neighborhood. The MFA Program will stand as a strong anchor tenant for an already burgeoning arts scene in surrounding blocks.

To the west is WorK’s office on Boone Square Park, the Tim Faulkner Gallery sits a couple blocks north, a furniture maker is already located in the building, an art studio backs up to the building, and other artists and furniture makers are located within surrounding blocks. Just down Rowan, the Habitat for Humanity ReStore might provide materials for students’ art projects.

“Adding the University of Louisville program to the neighborhood is key to enhancing the cultural vitality and economic revitalization of Portland,” Holland said in a statement.

“The MFA students and faculty will enliven the redesigned space and contribute to the area’s positive growth,” Holland continued. “It shows great leadership on the part of our state’s leading institution of higher education to establish a presence west of Ninth Street.”

A steady stream of students, faculty, and artists will bring a new vitality to Portland’s sidewalks. “We’re trying to engage and bring the public to Portland and to this building,” Kersting said. “This little area is really becoming a creative artists district. There’s a lot of enthusiasm down here about the arts.”

The development team is still looking for the right tenants to fill the rest of the building, but Brown said they’re keeping an eye out for groups that fit with the neighborhood and their vision for the building with the University. That could include retail space if the demand arises. A furniture manufacturing company currently located in the structure will remain for the foreseeable future, he said.

The University launched its MFA degree program in studio arts and design in 2014. “The 60-credit-hour program is intended to be selective, rigorous and professional with small classes to ensure participants have substantial access to studios and faculty members,” UofL said in its press release. Courses include ceramics, drawing, painting, sculpture, design, mixed media, and interior architecture, among others.

“We are excited our MFA studios will be part of the larger renewal of a unique community,” Ying Kit Chan, fine arts department chair, said in a statement. “Portland is a meaningful place for Louisville, rich in historic landmarks and in close proximity to downtown and the river.”

The project is expected to be complete and operational for the spring 2017 semester.