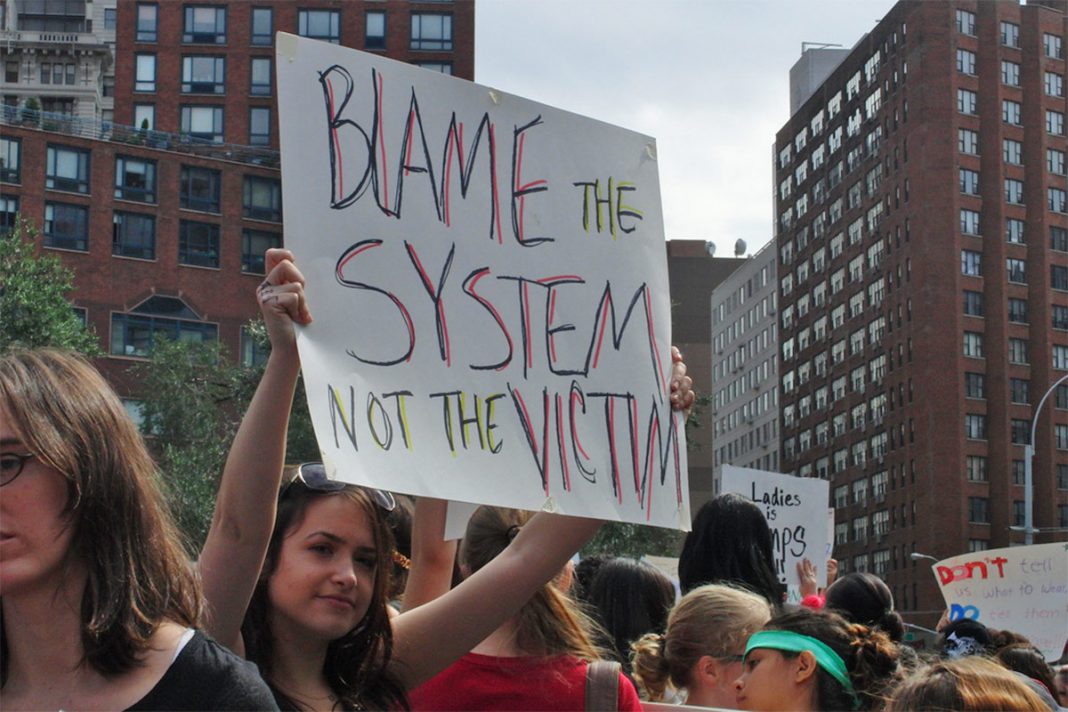 When a driver strikes someone walking or biking, the tendency to blame the victim runs deep. Ask Raquel Nelson, who lost her young son to a hit-and-run driver, then got convicted for vehicular homicide, even though she was just trying to walk across the street with her children from a bus stop to her home. Or witness the reaction to the death of Amanda Phillips, who was struck by a truck driver while biking in Boston recently.

Why do people blame victims, and can anything be done to lead them to reconsider this response? New research published in the journal Personality & Social Psychology Bulletin suggests that personal values play a large role in determining whether someone assigns culpability to victims or perpetrators—and that the way incidents are described can influence these attitudes.

Writing in the New York Times, study authors Laura Niemi and Liane Young say that people who value “loyalty, obedience and purity” are more likely to view victims of sex crimes and physical violence as “contaminated” or responsible. Psychologists refer to these as “binding values” because they’re associated with a worldview that prioritizes group cohesion. People who hold binding values tend to more more religious and more politically conservative.

On the other end of the spectrum are people who subscribe to “individualizing” values like fairness and reducing harm. This group is less likely to blame victims, Niemi and Young write, and tends to be politically progressive.

People’s values tend to be fixed, but Niemi and Young found that the way incidents are framed can influence how they perceive victims and perpetrators:

[W]e explored whether nudging people to focus on perpetrators versus victims could affect people’s moral judgments. We did so by placing either the perpetrator or the victim in the subject position in a majority of sentences in descriptions of sexual assault (e.g., “Lisa was forced by Dan” versus “Dan forced Lisa”). We then asked the participants to assign percentages of blame to the victim and perpetrator.

Consistent with our previous findings, the more participants endorsed binding values, the more blame they assigned to victims and the less blame they assigned to perpetrators. But we also found that focusing their attention on the perpetrator led to reduced ratings of victim blame, victim responsibility and references to victims’ actions, whereas a focus on victims led to greater victim blaming. This was surprising: You might assume that focusing on victims elicits more sympathy for them, but our results suggest that it may have the opposite effect.

Victim blaming appears to be deep-seated, rooted in core moral values, but also somewhat malleable, susceptible to subtle changes in language. For those looking to increase sympathy for victims, a practical first step may be to change how we talk: Focusing less on victims and more on perpetrators — “Why did he think he had license to rape?” rather than “Imagine what she must be going through” — may be a more effective way of serving justice.

While Niemi and Young found this effect was small compared to the moral orientation of the observer, it applied to everyone across the spectrum of values.

There are clear parallels to traffic violence. People may feel more sympathetic to a crash victim if the description of the incident focuses on the actions of the driver. A lot of coverage of traffic crashes mentions “cars,” not drivers, however. And even stories that do mention driver behavior only do so in the passive voice.

If we want fewer people to blame the victims of traffic crashes, we need reporters to change how they describe traffic violence.

[This article has been cross-posted from our partner, Streetsblog. Top image by Peter / Flickr.]