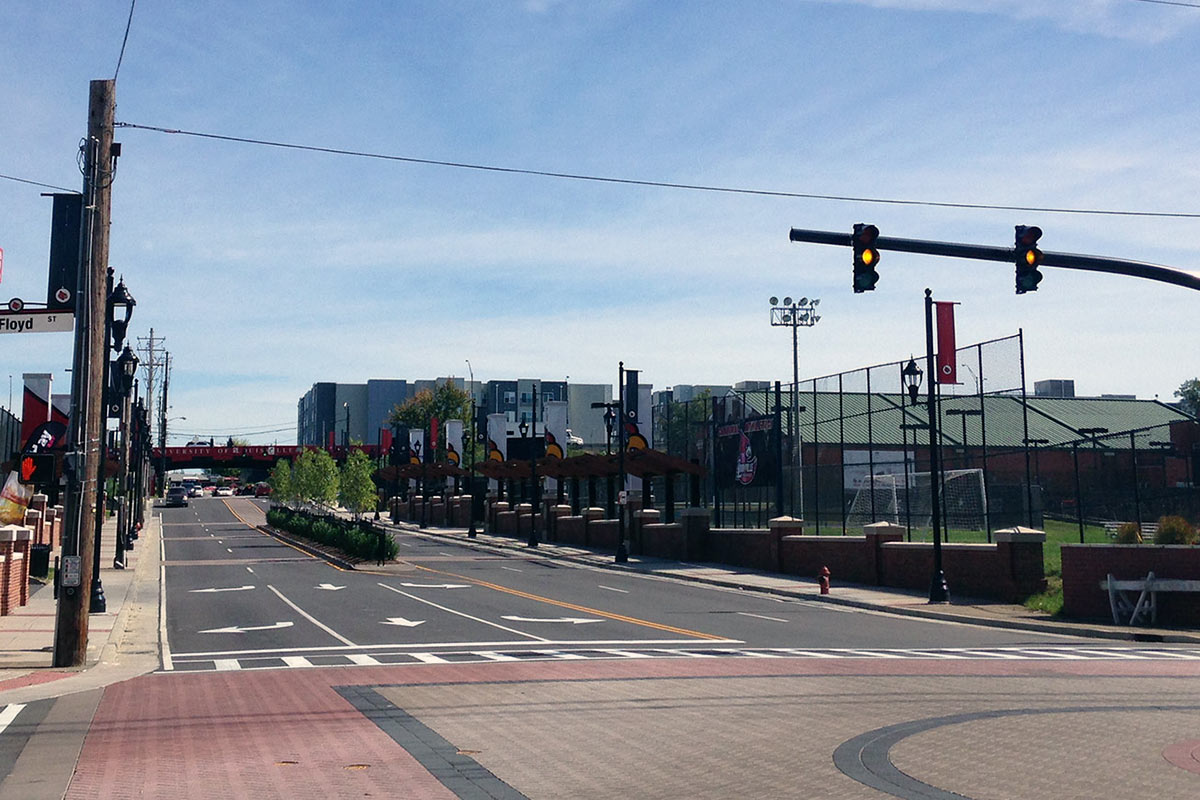 Well, it’s not entirely clear. The Warnock family did live in Kentucky, but it’s hard to trace down whether there were any Louisville Warnocks for any extended time. Most of the family was distributed throughout the state. It’s an old Scottish name and the family settled early in Kentucky, but there’s scant mention of them in the archives of the Courier-Journal.

An obituary for James Warnock of Greenup, Ky., dated May 18, 1904 in the C-J states solemnly and succinctly, “James Warnock, a pioneer and member of the largest family in this county, is dead at the age of 72 years. Winfield Warnock, his son, and Mrs. Rheena Holbrook, a daughter, have died in the past year.”

So what about the street that bears the Warnock name? It’s a relative newcomer, as it sat outside the city boundary until well past 1910. A 1905 Sanborn map makes no reference of the street while a survey done in 1910 shows the residential street in the St. Joseph neighborhood exists. To the west, where Warnock bends and today runs through the U of L Belknap Campus, was another street entirely. The 1905 map labels that stretch as East H Street.

Was Warnock just a distinctive name placed by a developer on a residential street in the early Louisville suburbs or is there more to the story? If you’ve got any additional information, please share it in the comments below.

Now back to the current proposal to rename Warnock. The foundation’s proposal is really to rename parts of three streets running through its campus—Warnock, Brook, and Iowa streets—but up for discussion is just the Warnock segment between Brook Street and Crittenden Drive.

According to documents the foundation filed with the city, the future University Boulevard would follow the alignment of Warnock before awkwardly turning 90 degrees at Brook. It then wraps around the future site of UofL’s planned research park, rising and dipping to avoid railroad tracks that cut the area into oddly sized parcels, before meeting up again at Iowa Street.

Given that the research park turns its back to the neighborhood in the fashion of a suburban office park, the branding of the thoroughfare as University Boulevard should help reinforce the area as a campus enclave distinct from the surrounding city.

Kathleen Smith, chief of staff to the president of the U of L Foundation, made the case for the renaming in a letter to Metro Louisville. “These are exciting times at the University of Louisville with the transformation of the Warnock corridor into the main entrance to the University,” Smith wrote. “With this change, the University needs better recognition of this threshold to to UofL.”

The university maintains that the Warnock entrance is the primary entrance for motorists coming off Interstate 65 and that the renaming will make it more obvious to drivers that they have arrived at the university.

If you’re interested in weighing in or learning more, tomorrow, April 28, the Land Development & Transportation Committee will take up the street renaming proposal at 1:00p.m. at the Old Jail Building, 514 West Liberty Street. It’s unlikely that the foundation’s request will be denied.