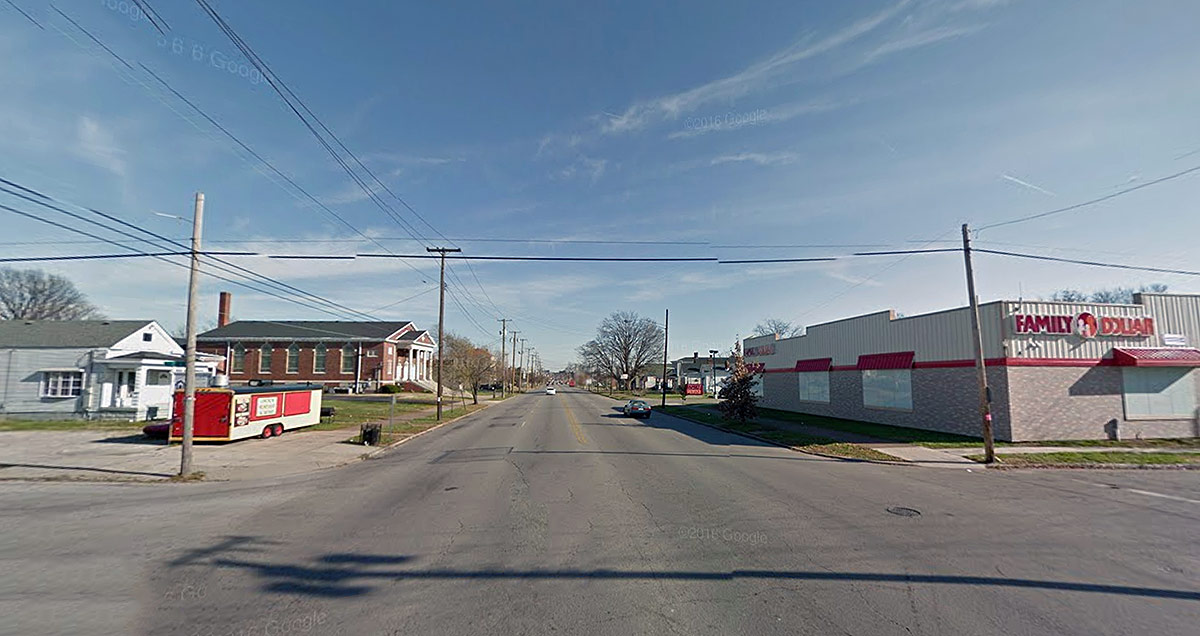 (Note: Also check out this alternative plan for the corridor proposed by Bicycling for Louisville.)

Louisville Metro Public Works is proposing reconfiguring West Broadway between 22nd Street and Louis Coleman, Jr. Drive with a central turning lane in an effort to improve safety through the corridor. And now they want to hear from you at two public meetings (details below).

The street is already scheduled to be repaved between 22nd and Shawnee Park in early August, according to the city, and this project would involve a restriping for the reconfigured lanes. The area west of Louis Coleman, Jr. Drive narrows and would simply be repaved.

“The main goal is to make this area safer for everyone who uses West Broadway from Shawnee Park to 22nd Street whether a pedestrian, bicyclist or motorist,” Councilwoman Cheri Bryant Hamilton (D-5) said in a statement.

According to Hamilton, the intersections of 26th, 27th, 28th, and Louis Coleman, Jr. Drive are especially problematic in the area. The reconfiguration would eliminate one lane of parallel parking throughout its bounds.