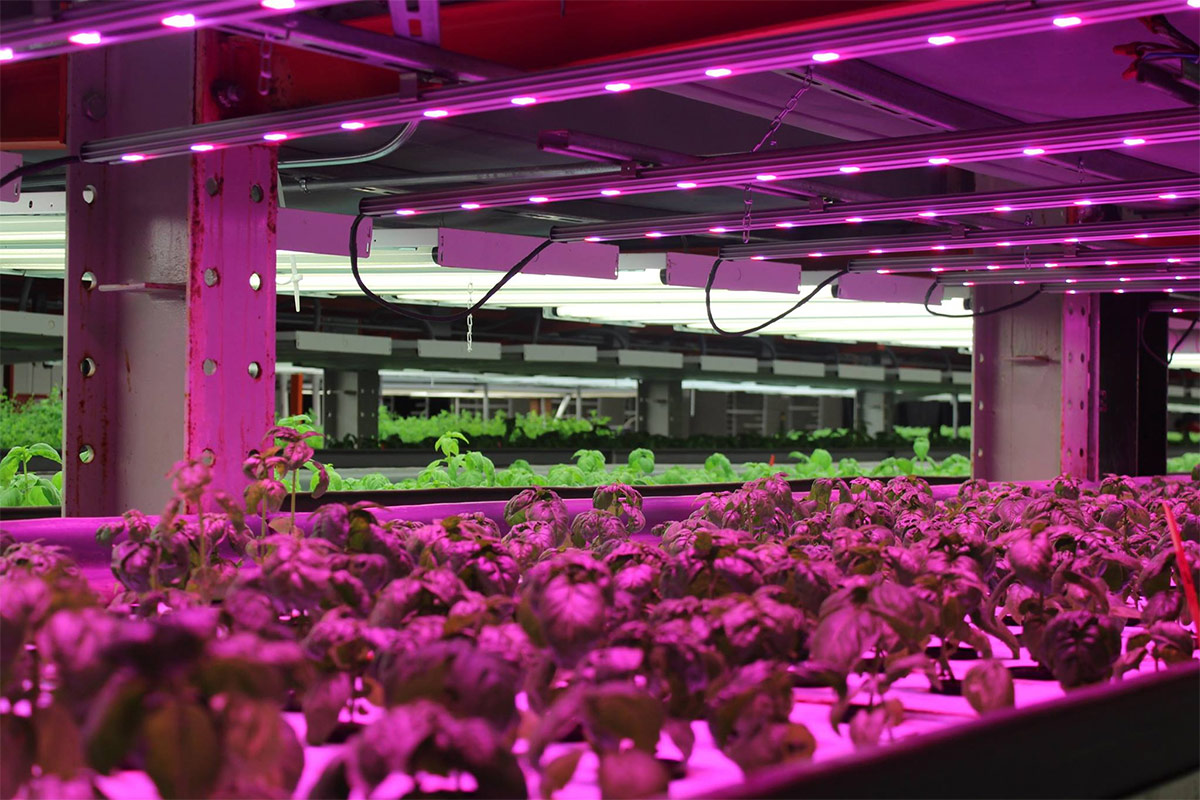 One of the nation’s leading vertical indoor farming companies, FarmedHere, today announced it would construct a major project at the West Louisville FoodPort. The Chicago-based company plans to invest $23.5 million in the 60,000-square-foot vertical farm.

OMA’s design shows outdoor farming, a farmers market, and other public spaces separated from the logistical trucking side by a zig-zagging modern structure that provides space for food businesses like FarmedHere. The FoodPort covers a 24-acre site with food-related initiatives and businesses where food from local farmers can be distributed to area restaurants and groceries.

A rendering released by the company along with a press release shows a distinctly more generic industrial building than OMA’s designs from last year. It’s unclear whether this image is meant to visually depict the planned Louisville facility or represent one of FarmedHere’s typical vertical indoor farms. Details on where the farm would be located within the FoodPort have not been released.

FarmedHere’s facility will include ten rows of vertical growing beds and logistical space for sorting and packaging microgreens, herbs, salad dressings, and baby food, among other products. The pesticide-free farm uses LED lights to create a controlled growing environment that can provide fresh produce all year long.

According to the company, such a vertical indoor farm “produces 15 times as many crop cycles annually as traditional farming and uses 97 percent less water.”

“This new location will bring us one step closer to reaching our goal of building vertical farms in 18 cities across the country and feeding 75 percent of the United States’ population,” Matt Matros, CEO of FarmedHere, said in a statement.

The company said in a press release that the indoor farm will provide “Louisville and the approximately 18.2 million people living within 200 miles…access to freshly harvested, USDA certified organic and pesticide-free produce 365 days a year.” At their first facility, built in 2010 in Chicago, FarmedHere said it supplies grocery stores such as Whole Foods and a regional version of Kroger.

FarmedHere today also received preliminary approval from the Kentucky Economic Development Finance Authority (KEDFA) for up to $400,000 in performance-based tax incentives for the project through the Kentucky Business Investment program. The project aims to hire 40 people from the community with an average wage of $18 per hour.

Construction of the West Louisville FoodPort will likely begin in August 2016 with a goal of being operational by fall 2017. Other businesses that will operate from the FoodPort include The Weekly Juicery, Piazza Produce, and Just One Organics. A controversial waste-to-energy plant was nixed from the proposal last year after community outcry.