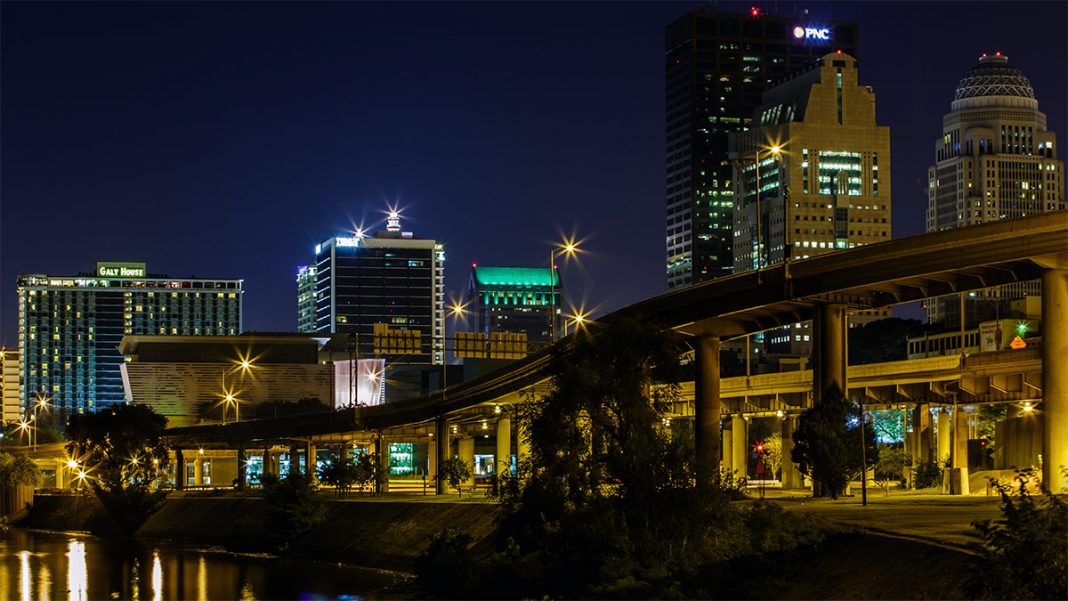 There are 724 registered architects practicing in Kentucky, according to a new survey of the profession. The National Council of Architectural Registration Boards (NCARB) has released its latest data, showing 109,748 architects practicing nationwide. How does Kentucky compare to other states around the region and country? Let’s dig into the data.

Crunching a few numbers, it becomes clear that Kentucky and its surrounding region are being designed by fewer architects than the rest of the nation.

Part of that stems from architecture as a trade attracted to larger cities. It’s no surprise that California, New York, and Texas are the states with the most resident architects. There, the locals vastly outnumber the out-of-towners.

* The NCARB survey used 2015 data, so we compared it with Census estimates from the same year to calculate our figures.

Washington, D.C. ranks at the top of the per capita list with one architect per 907 residents, but it’s a dense, urbanized area and therefore an outlier. Surprisingly, Hawaii (1:1,408) is the top state. Design powerhouses in New York, California, and Illinois rank lower at 6, 7, 8 respectively. The national average is one architect per 2,924 residents.

For another possible cause of Kentucky’s lower ranking of architects per capita, we have to go back to school. The only architecture school in the state is at the University of Kentucky (UK) in Lexington. The state’s largest city, Louisville, has no such program and thus no annual influx of new students who might opt to stick around after they earn a degree.

And getting young talent to stick around is much sought after in top cities today. Young architects are likely to be experimental in their approach to urban living. They might look at cities and urban problems from new angles. They also help established firms grow and bring in the latest skills.

Architectural education in a city serves as a sort of spring of new ideas and talent. Architecture students are notorious for their workaholic natures, and studio projects most often focus on local sites. When you’ve got so many fresh eyes looking at a city where they’re learning to design, you can get some pretty amazing ideas. They invite the entire community to look at their built environment in new ways. In the past, UK has offered Louisville studios (like this great one studying Portland), but there’s nothing like a local program.

This is not to say that because Kentucky has fewer architects than other states that we necessarily have inferior architecture and design quality. There are immensely talented architects practicing in the Commonwealth alongside an array of other design professions. Many have achieved national praise for their work.

Still, there are some major challenges presented by the numbers. I’m repeatedly told how the practice of architecture in Louisville can feel stifled or too much like a business. The state is small enough where many architects do not want to speak up or take risks for fear of losing a client. And there’s the perpetual issue of whether a project should go to a local firm or be handed to a top-name out-of-towner.

We see it as about creating a culture of design—across all design professions, but especially architecture. Architects are trained and work differently than artists. It’s part of what makes an architectural education so special. The more people, the more eyes you have looking critically at important issues of design in the state, the better off we all are.