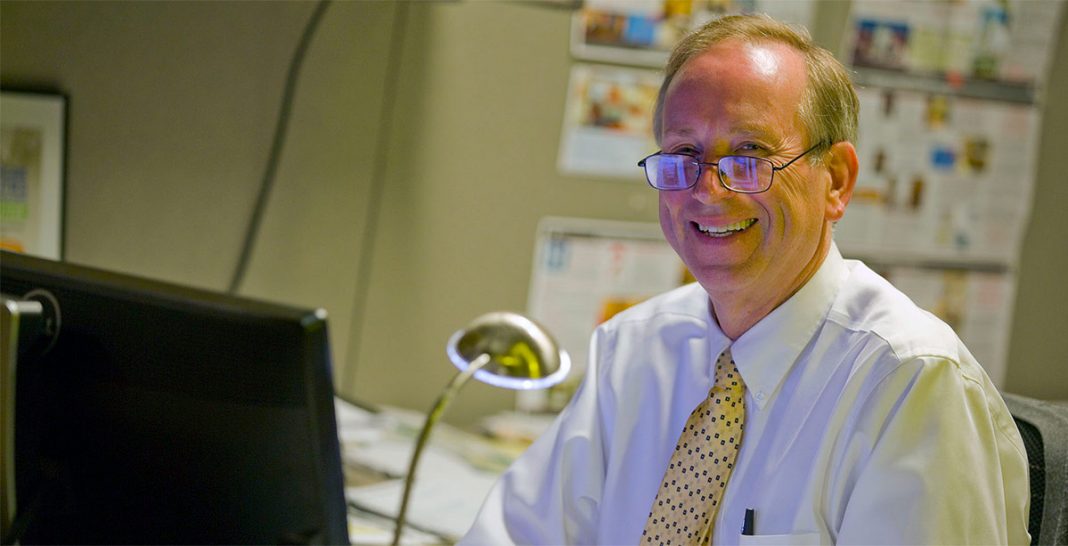 Louisville has its second inductee in two years into the American Institute of Architects’ College of Fellows. Broken Sidewalk contributor and local architect Steve Wiser will be presented with the honor later this year at the AIA’s annual conference in Orlando, Florida. Last year, Roberto De Leon of De Leon & Primmer Architecture Workshop received the distinction.

“To be recognized by my architectural peers is indeed a distinct honor,” Wiser told Broken Sidewalk in an email. “I have been a lifelong member of the organization and have been an active participant in the American Institute of Architects for over 35 years.”

AIA Fellowship (FAIA) recognizes architects who have made a significant contribution to the field of architecture and to society at large. Specifically, the Jury of Fellows commended Wiser’s “civic activism in urban planning, preservation, publications, architectural advocacy, and healthcare, all of which have contributed to enhancing awareness and appreciation of exceptional design and its impact on the Louisville community and the world at large,” according to a statement from the AIA.

Wiser is a frequent lecturer on Louisville history and has written several books including Louisville Sites to See by DESIGN, Distinguished Houses of Louisville, and, most recently, Carriage Houses of Louisville. He has also been a strong advocate of historic preservation and saving the historic archives of architecture firms across Kentucky.

“FAIA status bestows a sense of responsibility in providing an example of how architects can be of benefit to society,” Wiser said. “I will use this status to continue my career pursuit of ‘making Louisville a better place in which to live.’ I still have many more architectural talks to present, books to write, historic buildings to preserve, and quality design to promote.”

Today, Wiser is a healthcare architect at Louisville’s JRA Architects, located on East Market Street. He has worked on many hospitals across the state and on stabilizing Whiskey Row here on Main Street.

Michael Jacobs of Lexington’s Omni Architects was also elected to the College of Fellows this year. There have only been 33 AIA Fellows in Kentucky, of which 13 are alive today.

“As someone who did not have any prior architectural connections nor construction experience, I’ve been very blessed to attain this level of achievement,” Wiser added. “As I tell other aspiring architects: thru dedication and passion, keep pursuing your dreams and they will happen. Mine certainly have, more than I ever imagined.”