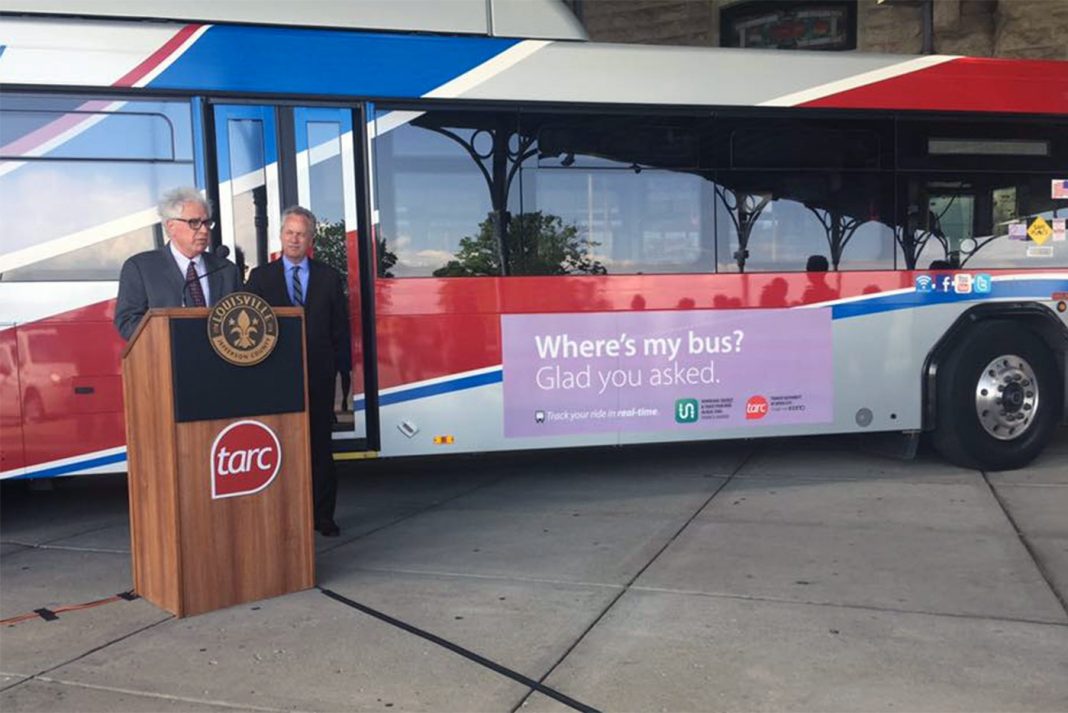 There’s never been a better time to switch to TARC. Beginning June 1, all 227 TARC buses will be equipped with free WiFi hotspots so riders can surf the web rather than dodge other drivers. (We know you’ll all be catching up on Broken Sidewalk stories!)

“WiFi on every TARC bus opens up new possibilities for passengers to work, study or be entertained while getting from place to place,” Mayor Greg Fischer said in a statement.

And riders with smartphones have been increasing. According to a TARC survey, 80 percent of its users have internet capable phones. That’s up 20 percent from 2014.

To access the free internet, look for the “RideTARC” network on your phone’s WiFi section. There’s a good chance the bus you’re on is WiFi enabled already. But don’t forget, it’s not systemwide until the beginning of June.

Will the chance to ditch the worries of driving for free internet help you make the switch to TARC?

TARC sure hopes so. “TARC is far from perfect, but it will only get better if we use it,” J.C. Stites, a TARC Board Member, wrote in a letter to the Courier-Journal recently. “The next time you go downtown, consider clicking the transit button in Google Maps for real-time bus routes and schedules. For just $2 you can sit back, enjoy free-wifi and support a better future for Louisville.”

Enabling internet on the bus has been in the works since 2013. Already, 156 buses are already WiFi enabled, so it’s only a matter of retrofitting the remaining fleet. A contract with Verizon reduced costs to $40 per bus for unlimited data per month, speeding up the process.

The free smartphone Transit App (which will also work with the LouVelo bike share system) can also use the WiFi to track buses in real time. Transit shows nearby bus lines, helps plan routes, and can set reminders so you don’t miss the bus. According to Jake Sion, COO for the Montreal app’s developer, Louisvillians have already downloaded Transit 18,000 times in the past 18 months. The company estimates 1,500 riders are using the app every day.