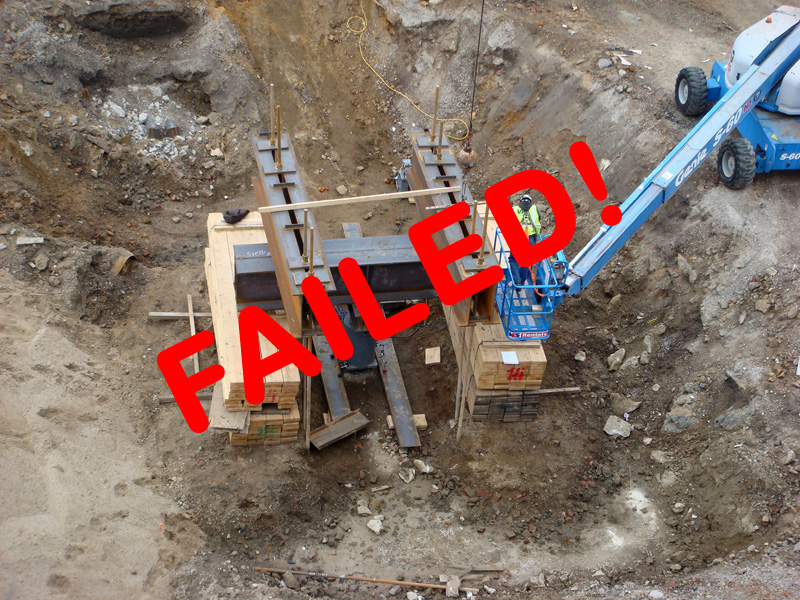 A tipster tells us today that the word on the street is the arena has failed it’s first pile stress tests and must be reworked in order to support the superstructure we’re all waiting for. Apparently, the piles are supposed to perform at 250,000 kips (wikipedia knows) so they are tested for double that amount. The test piles on the arena site didn’t quite make it to 500,000 kips, instead failing at 250k (uh oh!).

This really isn’t as big a deal as it sounds. Engineers perform tests for just this reason, to detect failures. It does mean the arena’s foundation will have to be slightly modified. The test piles were drilled to a depth of 75 feet, so in order to fix the problem, engineers could order the piles drilled deeper, to say 100 feet, or more piles installed. Each pile cluster might have been around 16 piles, but now each might be 20 or 25 piles.

This shouldn’t delay the project too much, auger cast piles like these can be built quickly. Each pile might take 15 to 20 minutes. Multiply that by 20 per arena column, and there are dozens, and you can see why construction takes so long. Luckily, there are several crews on site that can work on the piles simultaneously. The deeper or additional piles might, however, mean a more expensive foundation budget.