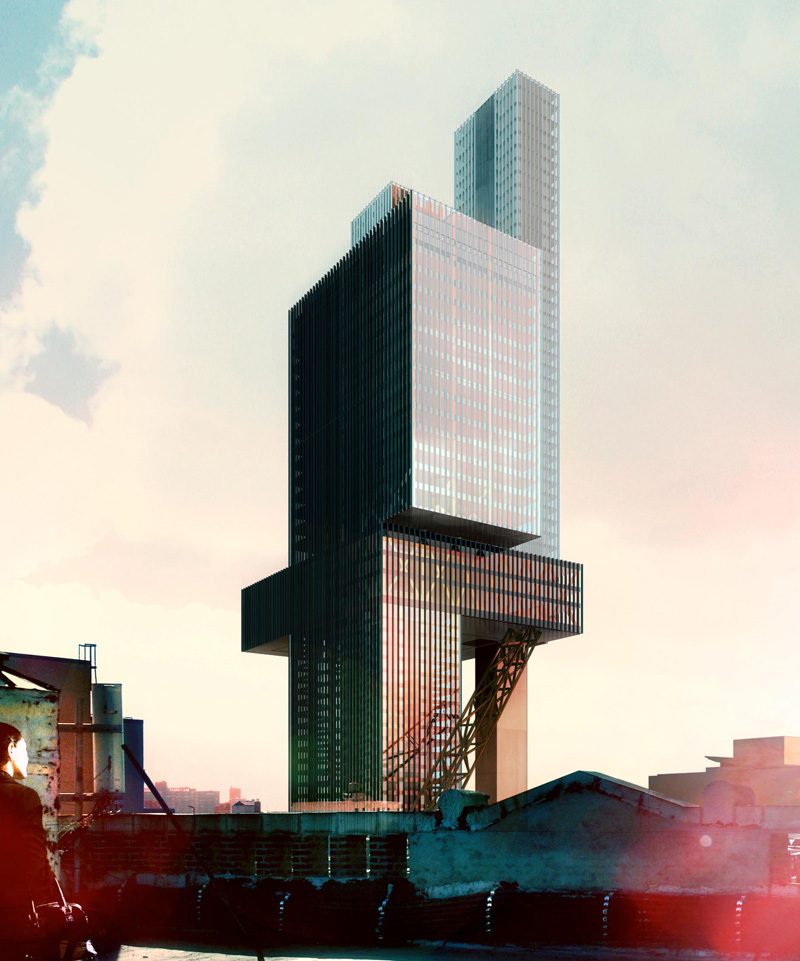 While the vision of Museum Plaza grows dim in these uncertain economic times where financing isn’t easy to come by, the international media has begun looking elsewhere for the most inspirational skyscraper designs today. After the Wall Street Journal a while back jumped on the Museum Plaza–love-bandwagon praising the 62-story, 703-foot-tall tower as one of the three most exciting projects in the world (along with a tower in China and one in Russia), the tower enjoyed its time in the international spotlight (The MP project site news room has all the stories written about the tower). Now, CNN has released its list of the most interesting skyscraper proposals and Museum Plaza is nowhere to be seen.

Even though Museum Plaza isn’t going anywhere fast right now, we still think its design is better than most on the list. It seems the world is caught up in the Dubai-syndrome of architectural design (many of the buildings on the list are in Dubai or surrounding regions) where height is a priority and innovative design is an afterthought. Paris is seeing the most interesting high-rise boom of all the global cities mentioned. Enough has been written about Museum Plaza’s design, but essentially the building is a paradigm changer.

While any tower can be tall or feature an interesting shape as it rises, Museum Plaza takes a radically different approach to the skyscraper overall. No other tower proposal yet (or rather very few have tried) has done so to the extent of Museum Plaza. Undoubtedly when (if) financing is found for Museum Plaza and the tower starts rising out of the ground at some point in the future, the international eye will again focus on the unlikely Louisville as a leader in architectural design and innovation.