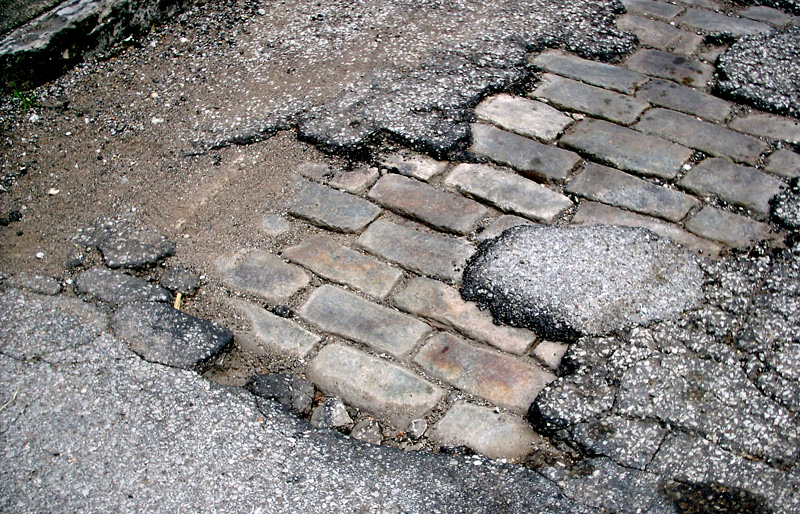 There are definite pros and cons with a cobbled street. They help with traffic calming as the texture keeps cars going at a manageable pace and they definitely help create a sort of historic charm, but they are expensive to set correctly and can present challenges for biking. Proper design could take care of this, however.

A properly installed and well maintained cobblestone street can be pretty smooth, too. In one Brooklyn neighborhood in New York, the city is spending over $20 million to restore and repave dilapidated cobblestone streets back to their original condition. Our cobblestone streets are still there, just inches below the asphalt surface. From major roads like Market Street to minor alleys, there are tens of thousands of stones sitting idle.

Not every street should be cobbled. Smaller neighborhood streets where traffic speeds should be less are ideal candidates. Guthrie or Armory Street downtown or Washington or Franklin Streets in Butchertown or any number of narrow streets in Louisville historic neighborhoods come to mind. Should we re-cobble Louisville? What streets are the best candidates for restoration or why should we stick with our smooth blacktop roads? Send in your opinions in the comments.