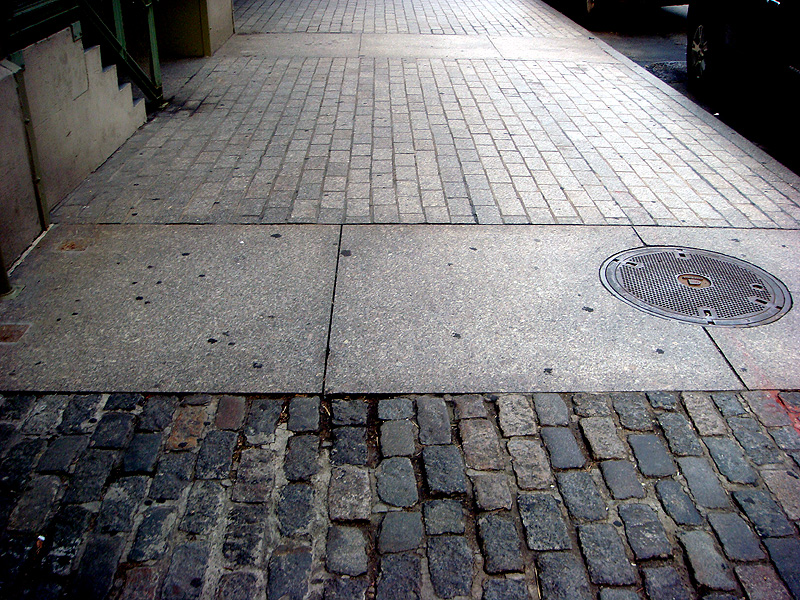 Here’s a selection of cobblestone streets in New York. Most are the rough, generally unmaintained variety that has simply been left in place since the street was first cobbled—the kind you dread to ride over on a bike. In a few places, smooth or generally smooth streets and sidewalks have been redone and bike riding is much easier. In all, there are about 15-miles of cobblestone streets remaining in New York City.

Sometime later, I’ll post an example of a re-cobbled street in the West Village and the new specially “euro-cobbled” Wall Street. In New York, a street with historic paving like cobblestone must be replaced in kind when it’s torn up for repair or utility work. It’s pretty impressive seeing a completely brand new cobbled street.