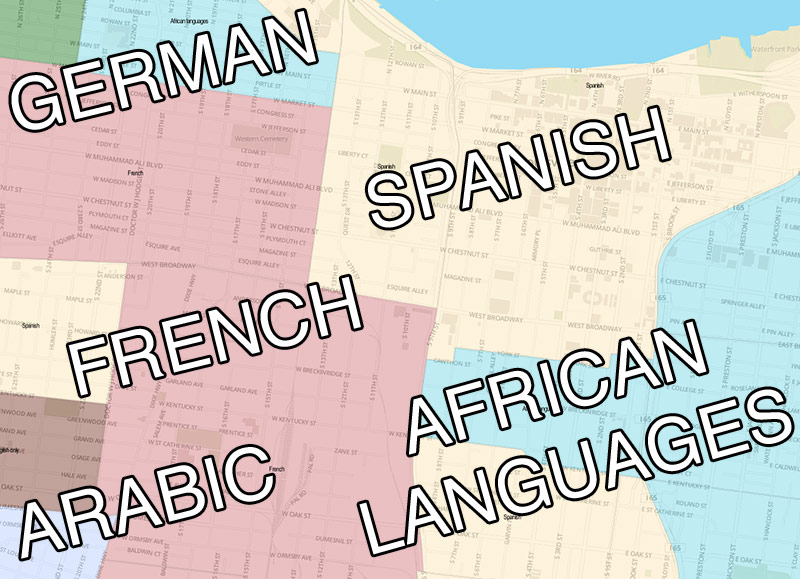 [Editor’s Note: This article was originally published on August 13, 2014 on Pat Smith’s City Researcher blog. Smith is a board member of City Collaborative and one of the organizer’s of ReSurfaced on Main Street. He enjoys analyzing and mapping data to uncover stories about Louisville.]

I’ve been enjoying the various “Most Common Language Other Than English” maps for U.S. states or city neighborhoods that folks have posted this summer, and I didn’t want Louisville to be left out of the fun.

Louisville has developed a reputation as an immigrant-friendly, mid-sized city, so I thought it would be interesting to see how that played out geographically, in terms of language spoken at home. Overall it’s estimated that around 8 percent of Louisvillians speak a language other than English at home (3.8 percent speaking Spanish at home).

Rather than go through a process of aerial interpolation to “force” the data into Louisville’s urban neighborhoods, and creating a more complicated estimate, I’m simply presenting the data as is, estimated at the Census Tract level. So basically I’m using Census Tracts as a rough proxy for neighborhoods.