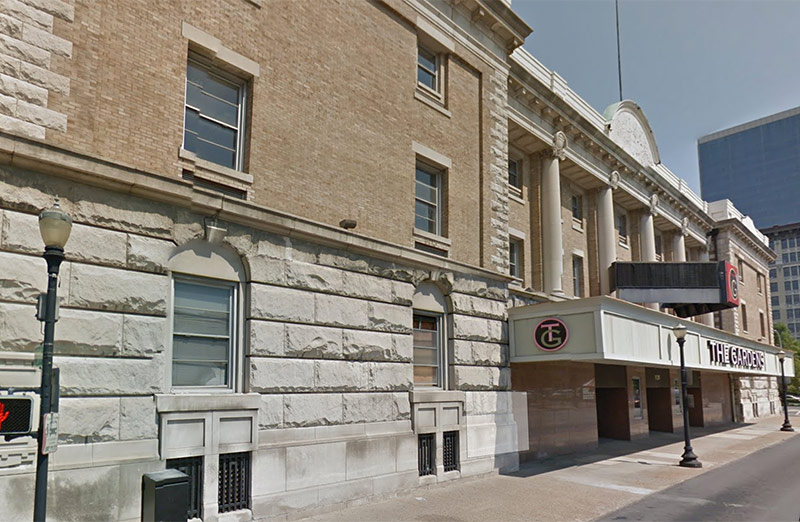 Back in December, we looked at a plan by Louisville developers Underhill Associates to redo the Louisville Armory, aka the Gardens, into a mix of apartments and retail space. (The Underhills are the developers behind projects like Westport Village and the in-progress Germantown Mill Lofts.) At the time, the Underhills were reported to be the only respondent to the city’s Request for Proposals (RFP) for the property on Muhammad Ali Boulevard between Armory Place and Sixth Street, and the city was keeping quiet on plans for the site. After months of silence, we now know the plan is dead.

The Courier-Journal‘s Sheldon Shafer reported in late March that the city rejected the Underhill’s proposal. That plan had called for reconstructing the building’s interior into a mix of 70 apartments, 10,000 square feet of retail, a walking track, and a history museum at the famed historic site. According to Shafer:

The main flaw was that the Underhill plan didn’t include enough public uses, or didn’t rise “to the level of public engagement that we thought was necessary” in a structure with so much history and that is a “community treasure,” said Mary Ellen Wiederwohl, chief of Louisville Forward, Mayor Greg Fischer’s lead agency on urban development matters.

With the redevelopment project dead, there’s no telling how long the facility will remain vacant—no one else is in talks to redevelop the site. Currently, the Armory is used for storage, decaying slowly, and costing the city around $20,000 annually.

Colin Underhill, partner at UA, told the C-J, “in the end, we couldn’t come up with plans in accordance with what the city wanted and that were financially feasible. We mutually agreed to move on.”

We asked Broken Sidewalk readers what they wanted to see at the old Armory site and results ranged from a food market, a permanent music venue, to a movie theater. Vote for your favorite reuse ideas below (choose up to three). Polls close next Wednesday, April 15 at midnight.