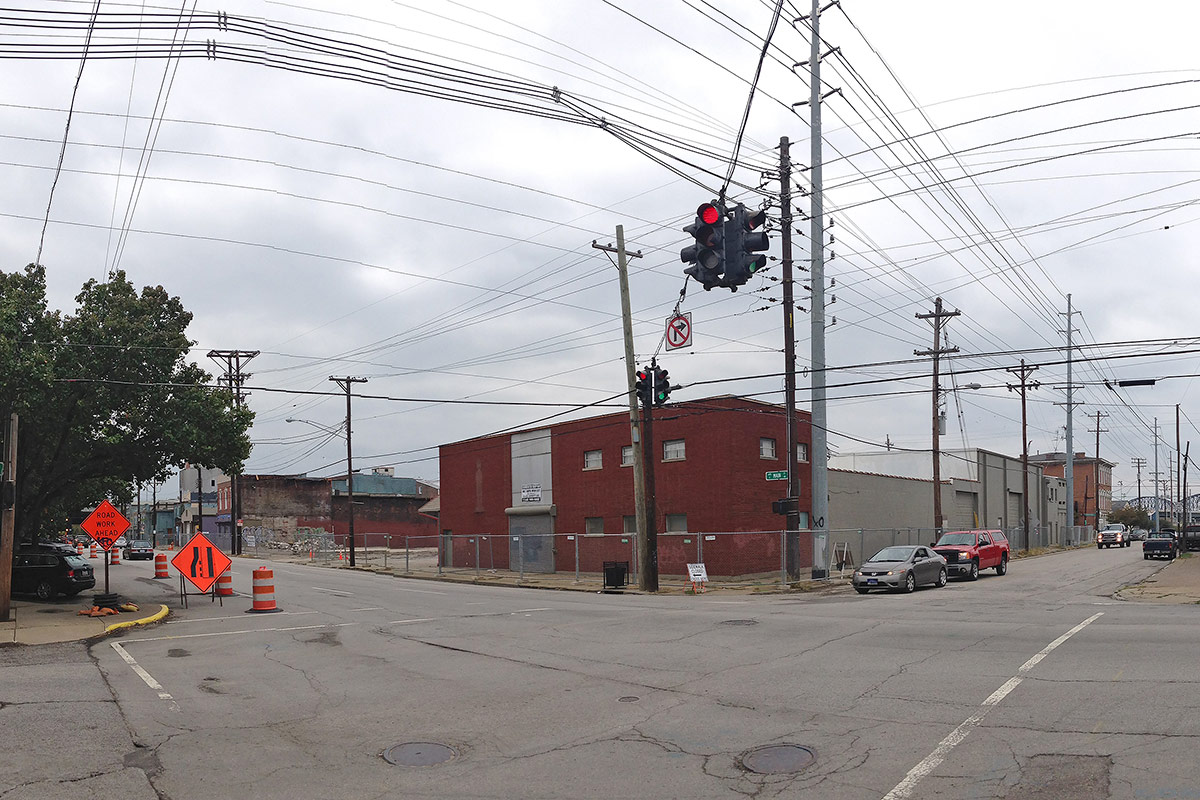 The first buildings on the site of what will become the Main & Clay Apartments have already fallen. The mixed-use residential building by Nashville’s Bristol Development Group will climb seven stories and house 260 apartments. But first, the development must dig down.

“With this type construction, it will be a long time before we see something coming up,” Charles Carlisle, CEO at Bristol, told Broken Sidewalk in an email. “We first have to excavate two levels, building foundations and the lower levels of the parking garage.”

Construction fences went up around the project site in August. The buildings still standing will be dismantled and their facades rebuilt into the final design of the structure. “I would guess it’s late winter before we see anything much above ground,” Carlisle said. “Weather could delay that if it’s like the last two years, but I sure hope not.”

At the sidewalk level, 2,400 square feet of retail space is planned above a 380-car underground parking garage. The project is expected to cost $50 million, of which $4.4 million is public subsidy from a Tax Increment Financing (TIF) district.

Main & Clay was designed by Nashville-based Smith Gee Studio. Amenities include an elevated private courtyard with a pool, outdoor kitchens, a pet spa and dog run, and tenant fitness center and lounge.