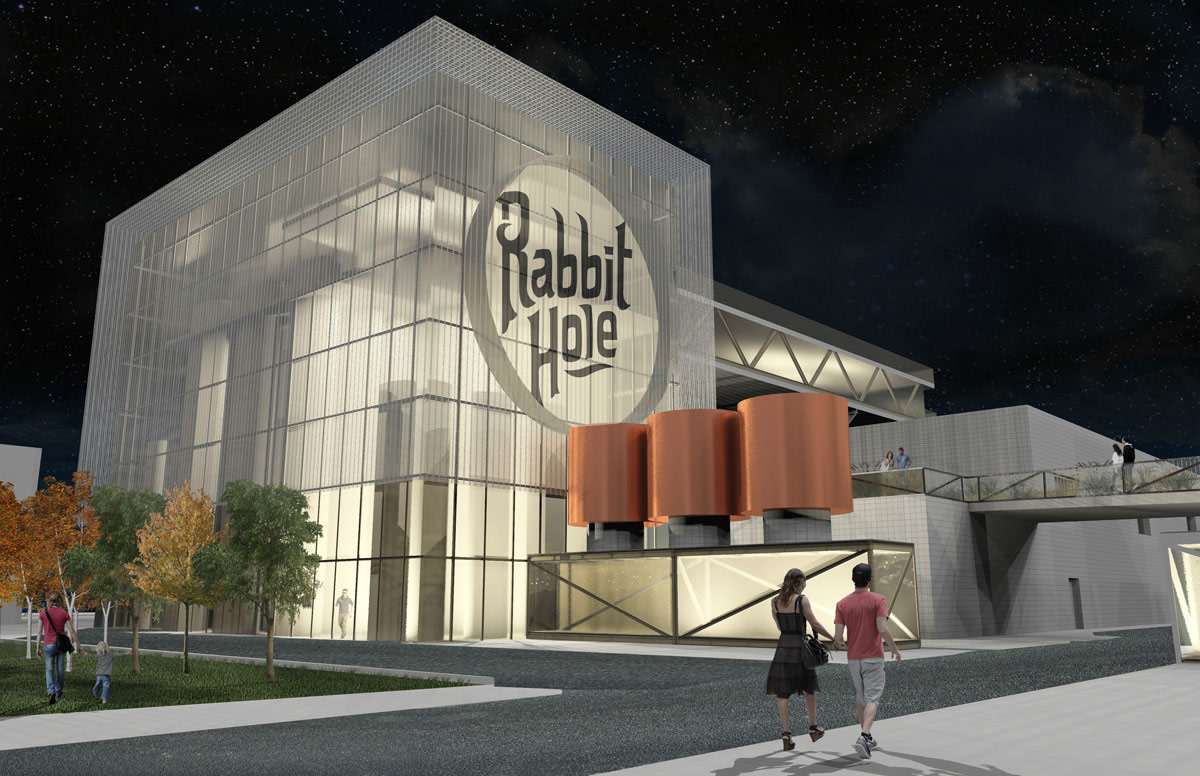 Two of Louisville most exciting development projects have taken a step forward. Last Friday, the Kentucky Tourism Development Finance Authority awarded preliminary approval to both the Rabbit Hole Distillery in Nulu and to the redevelopment of Paristown Pointe around the Louisville Stoneware factory.

The $12.7 million project is eligible to receive up to $3.2 million in tourism tax credits. The facility bridges between East Market Street and Jefferson Street, extending a ramping pedestrian promenade over an alleyway to a second-floor entrance atop the old Disney Tire building. A lantern-like tower and cantilevering event space create a playful modern massing for the distillery.

Read more about the distillery in our previous report.

A few blocks south, Steve Smith and a group of local investors is planning a major transformation of Paristown Pointe. Anchored by a renovated Louisville Stoneware, a new production and retail facility from Goodwood Brewing Company, and an ambitious black-box theater from the Kentucky Center for the Performing Arts, the $28.6 million project completely transforms the tiny neighborhood into a cultural hub along Beargrass Creek.

Paristown Pointe Preservation Trust, the group overseeing the project, is eligible for up to $7.2 million in tourism tax credits, a key financing element of the project. The project is designed by New York– and Los Angeles–based architecture firm wHY with local partners Urban One and Booker Design Collaborative.

Learn more about the Paristown Pointe project in our initial coverage here and in our exclusive interview with Steve Smith here.

Next, state officials will continue to review both projects to make sure they meet all the tax credit guidelines. If they pass muster, the funds will later be approved.