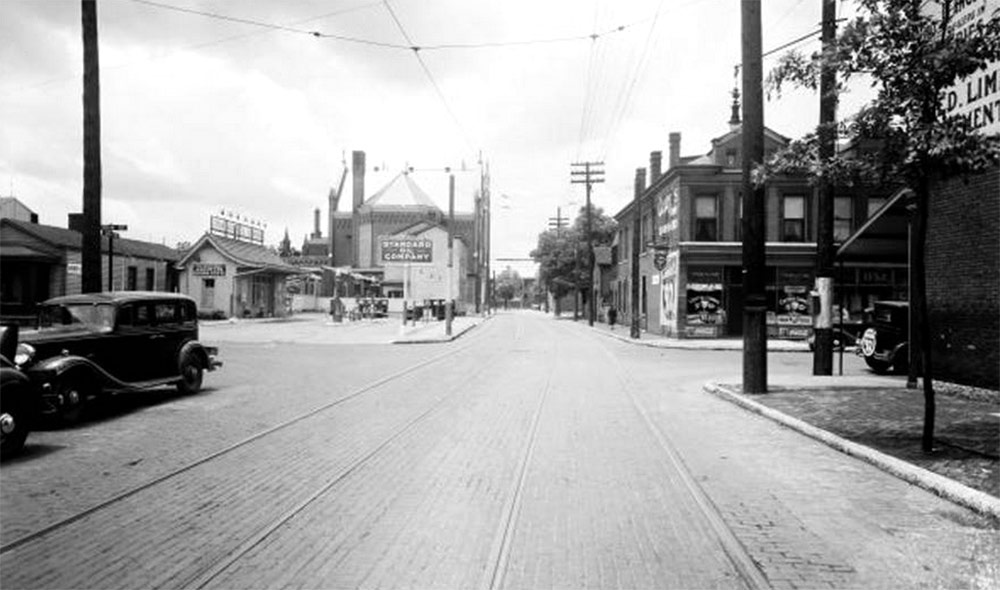 Long before the days of urban sprawl, there was density—not just downtown, but also in Louisville’s inner ring suburbs. Neighborhoods that once served as the heart of Louisville were sacrificed to the gods of progress—vast swaths of central Louisville, for instance, were demolished to make room for Interstate 65. Upon its completion in the 1960s, the interstate had irreversibly divided neighborhoods like Old Louisville and Shelby Park, which led to vacant property issues and blight.

However, there exists a sense of optimism in these neighborhoods, evidenced by the active neighborhood organizations in Old Louisville, Shelby Park, and most recently, Smoketown. There’s also a sense of place, bolstered by the resilience of in-place residents and anchored by the historic structures that still stand.

In Shelby Park, which contains six listings on the National Register of Historic Places, such properties serve as architectural testaments, reminding us of the density, walkability, and character that once was and could be again.

Then: Steam Engine Company No. 4
Now: Mixed Use Office Space

Bearing a striking resemblance to The Silver Dollar (another repurposed firehouse) this structure has traits commonly found in Gothic Revival–style architecture, including decorative crown moldings over the windows and doors. Built in 1891, this former volunteer fire station was closed in 1937 when the Louisville Fire Department began expanding to serve the outlying areas of the city. It has since been repurposed as an office space.

Designed with a heavy frame and rounded arches along the entrance windows, this former elementary school stands as an excellent example of the monumental personality of the Romanesque Revival style. Built in 1892, this structure has since been repurposed as the Volunteers of America Family Shelter—a nonprofit organization that assists families in crisis. Open to visitors during the Shelby Park Expo.

Constructed in the 1800s, this structure housed the first Levi Strauss manufacturing facility outside California, at a time when Levi’s older brother occupied a mansion in Old Louisville. Characterized by a mansard roof and double-hung, multi-paned windows, the building’s Renaissance Revival style is emblematic of the architecture scattered throughout the Shelby Park neighborhood.

With paneled lancet arches and two bracketed cupolas that reach high into the air, this building contains a blend of Gothic Revival and Italianate architectural styles. Built in 1886 by architect D. X. Murphy—with additions made to it in 1927 – the church had been vacant for ten years before it was purchased and rehabilitated by Sojourn Community Church in 2011. Open to visitors during the Shelby Park Expo.

In 1911, the Carnegie-endowed Shelby Park Branch Library was constructed on the Oak Street side of Shelby Park. Designed by Arthur Loomis and set within the Olmsted landscape, this structure features clay tile roofs and an arched symmetrical facade—trademarks of Second Renaissance Revival architecture. It stands as the only Louisville park designed in conjunction with a Carnegie Library. Open to visitors during the Shelby Park Expo.