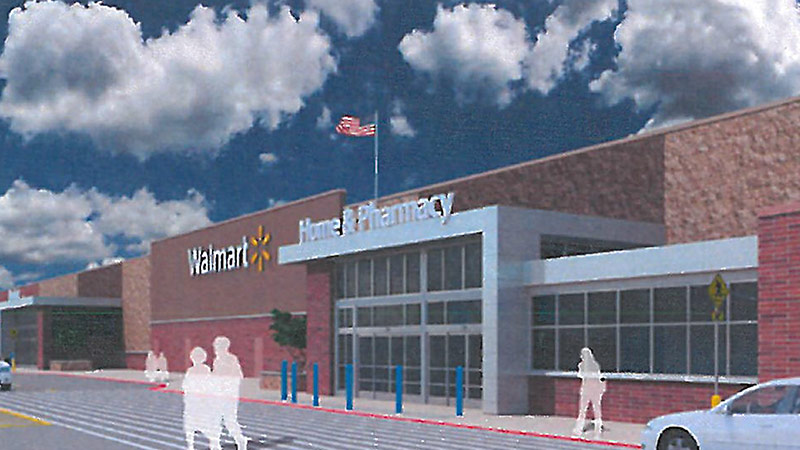 [Editor’s Note: This op-ed was written by Haven Harrington, Cassia Herron, and Donovan Taylor of West Louisville Talks, a group of citizens and organizations interested in bringing positive change to West Louisville neighborhoods. It originally appeared in the Courier-Journal. It appears here with permission.]

We appreciate the opportunity to share with the community why the design of the Walmart (NewBridge Crossings) development at Broadway and 18th Street is important. We find it very irresponsible for Walmart to assertively announce it does not intend to submit an additional plan as Louisville’s Planning Commission has requested.

It would be a terrible precedent for West Louisville’s economic growth and development opportunities in the very near future for the company—the largest in the world—to be allowed not to follow the city’s Land Development Code.

We respectfully request that Walmart simply follow the development rules as stated. We are asking Walmart to stand by its commitment as expressed by its former CEO, Lee Scott, “to reach beyond our stores, to further engage the community, and to offer an even greater economic boost to people and neighborhoods.”

Despite the decade of time that has passed for Metro economic development officials, through two mayors, Metro Council, area developers and the broader community, to develop the site in an innovative way, we want to clearly state we support that something is finally happening. Walmart is a win for West Louisville!

What we do not stand for is the lack of open dialogue and community engagement around this development in a way that’s respectful to the needs of West Louisville’s people and built environment.

Why hasn’t there been any public vetting of the project? None of the “players”—The Mardrian Group (TMG), Mayor Greg Fischer‘s economic development staff, Metro Council members, church leaders—have hosted an open public meeting about the project. Instead, they have avoided calls and questions from us seeking to get clarification and support for an urban-designed Walmart while working cooperatively with the company to author a deal that includes millions of public dollars.

It’s offensive that none of these entities have come to West Louisville to hear from its residents. The utter disregard to engage area residents would not happen in the Highlands, Nulu, St. Matthews (where Walmart agreed to have a non-lit sign at the behest of community residents), Norton Commons or any other part of the city!

Despite the closed meetings and lack of innovation to develop Broadway and 18th per TMG’s original vision of “the Summit of West Louisville,” there is an opportunity through this development to provide jobs to hundreds and expand retail options beyond West Louisville, including for many who reside, work, and play in both downtown and southwest Louisville neighborhoods. Walmart should be viewed as one strategy for economic development at this location, but not the only one.

We support and ask local elected officials—particularly Mayor Fischer—to support the Planning Commission’s request that Walmart submit an additional plan that respects the city’s rules and the neighborhood’s urban fabric. In the absence of Walmart’s submission, we have attorney Steve Porter who will submit a development plan to the Planning Commission that is a win-win for the community and Walmart. Our compromise removes some of Walmarts 609 parking spaces and replaces them with buildings that front Broadway — meeting the code’s requirements and providing an opportunity for more development on the site. This compromise better addresses the long-time economic neglect suffered by the area through additional business and job creation. Anything less is unacceptable.