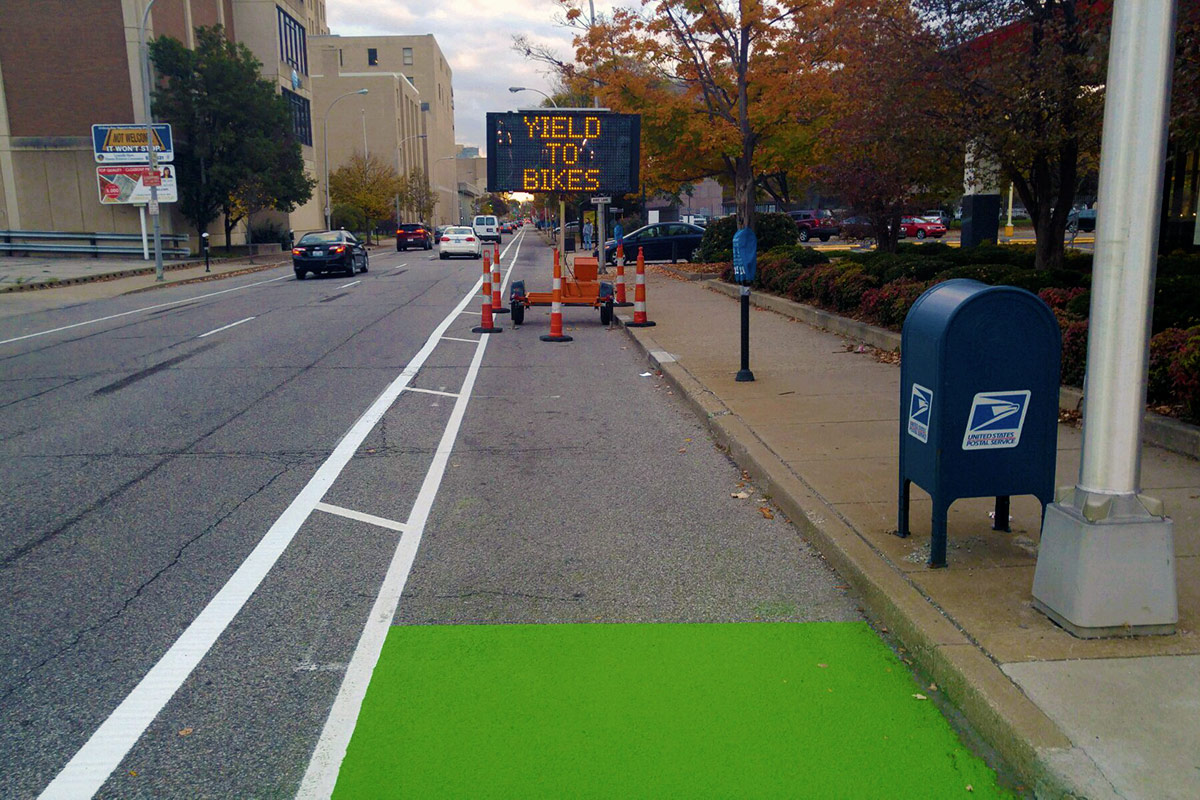 This week, we reported that Louisville’s newest bike lane was installed on Sixth Street. Yesterday, that lane got its green paint (woot!). It also got a well-intentioned safety measure in the form of a large sign reminding motorists to “Yield to bikes.” There’s only one problem…

The city already knows about the mistake and is planning on correcting it, but this kind of flub demonstrates the challenges the cycling community deals with every day. It’s not easy to go without a car when the rest of the world fundamentally doesn’t understand why that’s at all desirable. It can sometimes take a while for a cultural shift to multi-modal streets to take hold. UPDATE! (Thursday afternoon, Nov. 5) — As we mentioned above, the city has remedied the situation and the sign is no longer in the bike lane. Just take a look at the pic above shared by Bicycling for Louisville? Ride on!

But then there’s this: