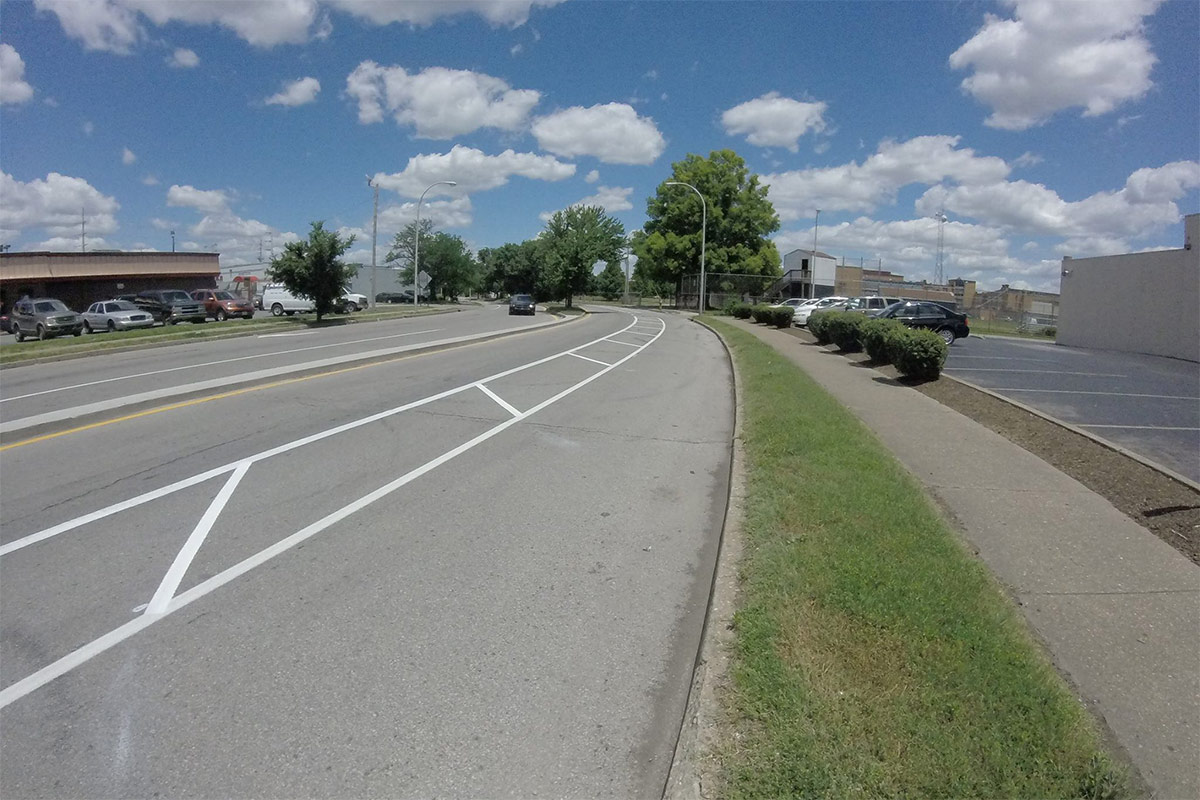 A 2.2-mile stretch of new bike lanes are under construction along 12th Street, 13th Street, and Kentucky Street. Work began on June 6, according to the city, and it’s progressing fast, as these photos from Bike Louisville show.

As we previously reported last October when plans were announced, the bike lanes went through two rounds of public meetings and had been scheduled to get underway this year. City documents back then were unclear on how the alignment would run along 12th and 13th streets, but that has become clearer with a map on the Bike Louisville website, as illustrated on our map here.According to our initial report:

“The reconfigured cross-section improves safety for cyclists along the route and reduces the average vehicle speed within acceptable ranges of the posted speed limit,” Bike Louisville wrote in its project summary. “The excess pavement from the removed lane will be used to provide an additional buffer for cyclists by separating the bicycles from the vehicle travel lanes. This section of bike lane will improve connectivity by providing a direct link for cyclists between the River Walk multi-use trail and a future bike lane on Kentucky Street.”

From the markings visible in the photos, it appears that these bike lanes will get the same “diet green paint treatment” that the lanes on Sixth Street have, making them more visible. The bike lanes were designed by Metro Louisville Public Works engineers with help from Gresham, Smith & Partners.

These are spacious bike lanes which should make for some comfortable riding. Let us know what you think after you’ve taken a ride!