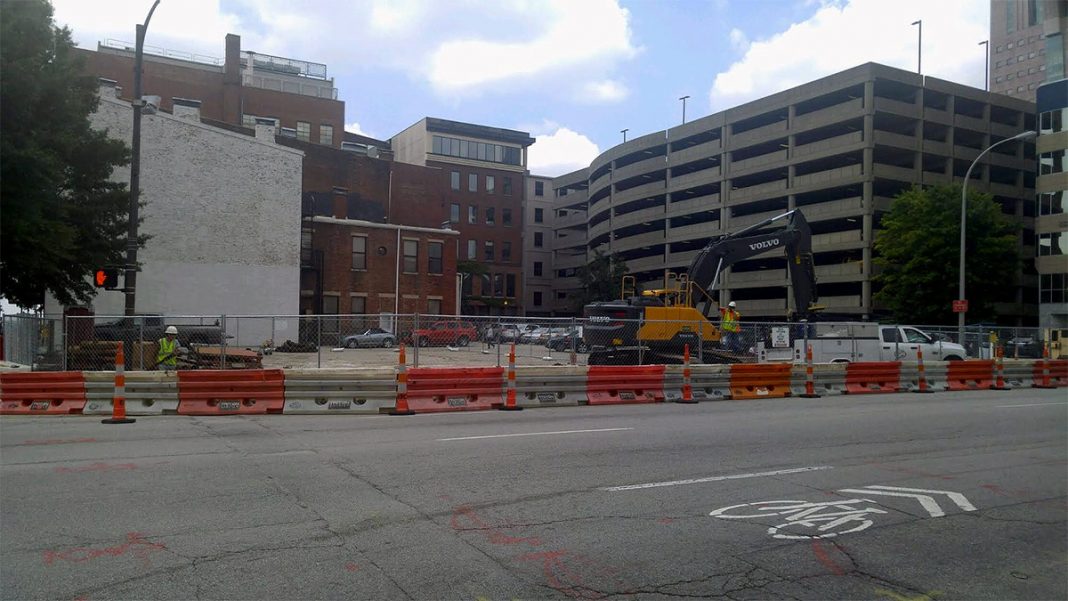 Bill Weyland isn’t the only one in town digging around in preparation for a new hotel. Tim Mulloy and the Poe Companies have also begun pre-construction work for a new eight-story Homewood Suites hotel on the northeast corner of Seventh Street and Market Street. Thanks to a tipster for alerting us to the activity.

We spoke with Tim Mulloy about the activity on the corner and he told us that while construction hasn’t yet begun, crews from LG&E are on site installing utility vaults.

“I’m actually walking back from that site right now,” Mulloy told Broken Sidewalk yesterday. “They just started digging Tuesday.” He said the vault is an important step before general construction can begin.

Work on the vault is expected to take around eight to nine weeks. “Our construction timeline has always been to start in late October or early November,” Mulloy added. If all goes according to plan, Mulloy said the hotel could be open by February 2018.

The structure of the eight-story building will be steel and concrete with brick and metal panel cladding, Mulloy said. It’s being built on a long-time surface parking lot that’s been in Mulloy’s family.

The $26 million Homewood Suites hotel will contain 133 rooms and notably no parking. Instead, it will connect to underutilized parking garages in the area for parking space.