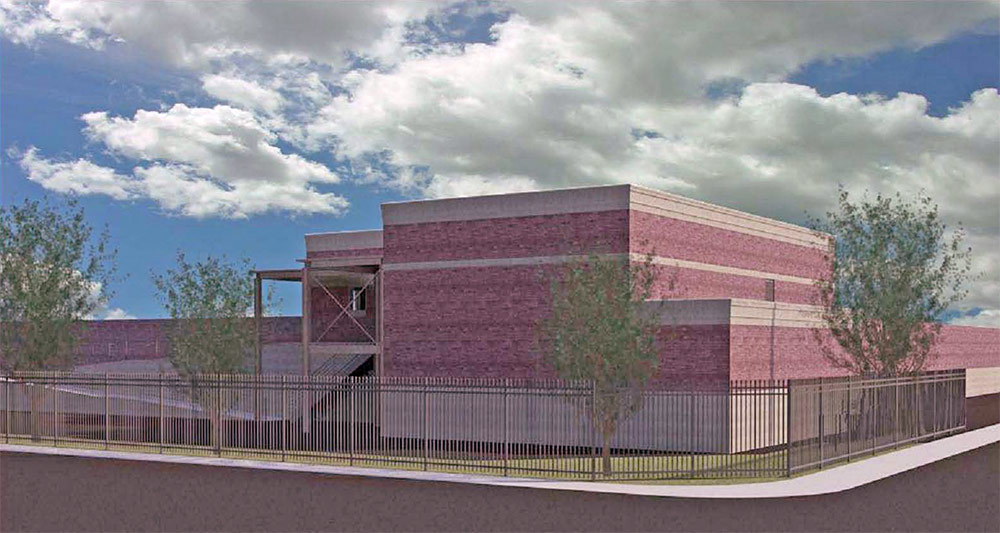 Mark your calendars for a very important meeting on Wednesday, March 16.

Currently under construction in Smoketown, the Metropolitan Sewer District‘s (MSD) Logan Street CSO Basin is the only one of 12 such projects in Louisville to be built above ground, with no public space or neighborhood amenities included. Compounding the problem, the hulking concrete bunker casts a blank wall for hundreds of feet of Logan Street and Breckinridge Street and blasting for the project has allegedly been damaging neighboring structures.

In an effort to improve the design of the basin and make some amends to the neighborhood, MSD has enlisted the help of Louisville-based De Leon & Primmer Architecture Workshop to re-imagine the building facade facing the street. And community input is needed.

The architects will hold a design meeting for the Logan Street CSO Basin on Wednesday, March 16, at Meyzeek Middle School, 828 South Jackson Street, from 6:00–7:30p.m. We encourage you to attend. “A summary of community suggestions created at the first neighborhood design meeting—held January 28—will be presented,” the event description reads. “You will have the opportunity to help further develop strategies and concepts concerning the facade of the structure during this meeting.”

MSD is under a consent decree with the EPA to reduce Louisville’s Combined Sewer Overflow problem. These basins are the method MSD chose to pursue to fix it.

A push had been recently made calling for MSD to revise plans for the CSO Basin, burying the structure further and bring it to grade with some kind of public space for the community. MSD officials had indicated that the agency saved around $4 million in designing the Smoketown project below the same standards as other neighborhoods in the community.