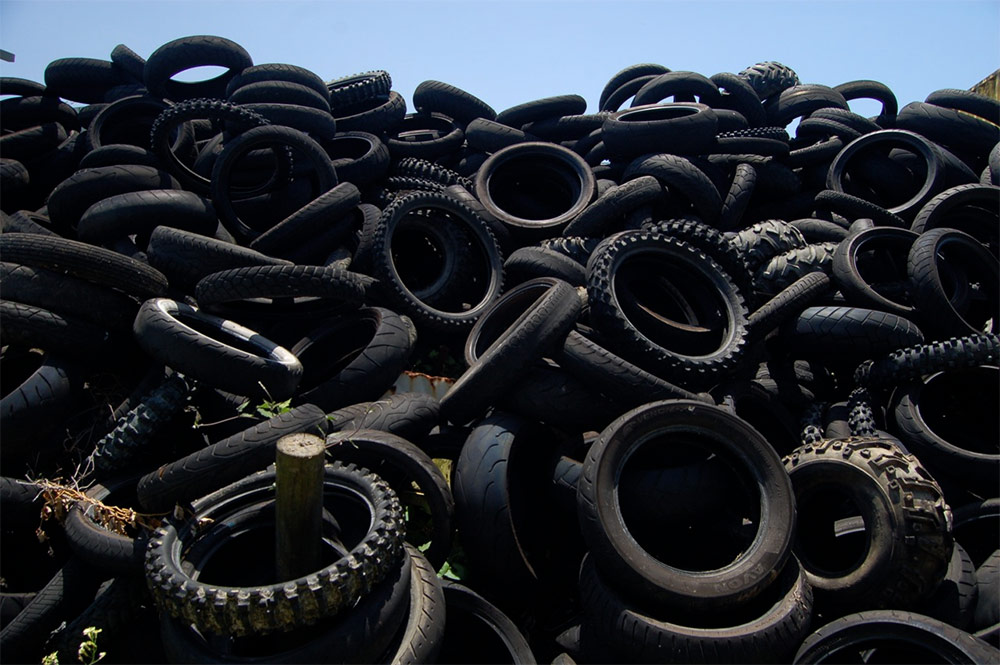 Used tires are a huge environmental hazard, contributing to varied problems of fires, urban blight, and increased mosquito populations, among others. But the Commonwealth of Kentucky hopes you might have an idea for how to use shredded rubber from used tires in a landscaping or research project. And they’ve got some money to throw your way.

The Kentucky Energy & Environment Cabinet is now accepting proposals “that promote the use of recycled waste tires for landscaping,” and there some grant money involved to purchase crumb rubber mulch.

We can’t help but think back to those porous recycled rubber tree pits that were installed a little while back in Downtown Louisville.

Grant money comes from the Waste Tire Trust Fund, an endowment implemented by the Kentucky General Assembly in 1998, which itself is funded by a fee on new tires sold. Applicants are required to match the grant funding with at least 25 percent of the total project cost.

Besides landscaping projects, the program will also consider research projects “for experimental practices or technologies that further the statutory purposes of the waste tire program—to protect human health, safety and the environment—or that will help develop a market for Kentucky waste tires,” according to a press release.