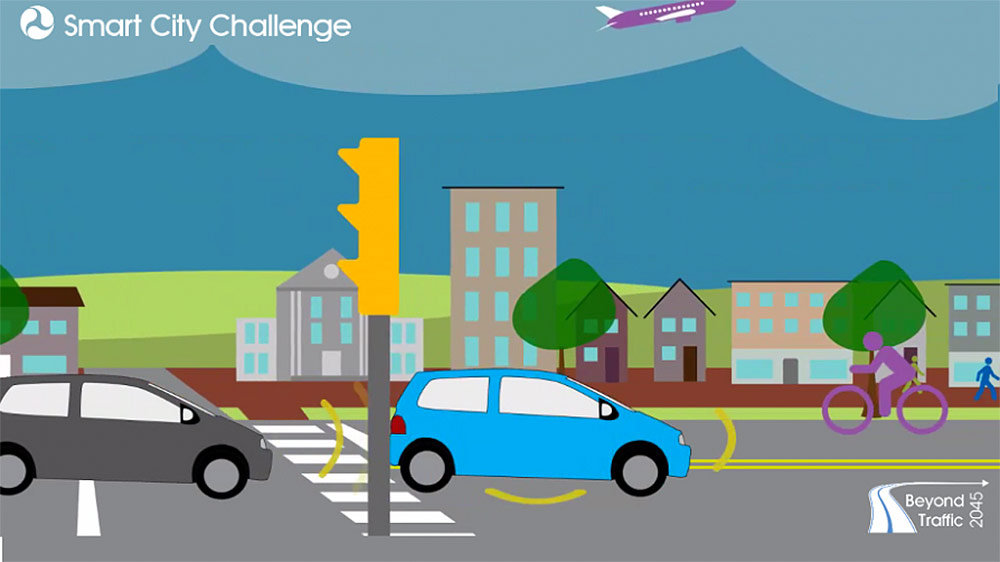 Louisville’s bid for $50 million in funds from the U.S. Department of Transportation’s (DOT) Smart City Challenge was cut short with the announcement of seven finalists in the competitive program seeking to assist “the country’s first city to fully integrate innovative technologies—self-driving cars, connected vehicles, and smart sensors—into their transportation network.” That’s two more finalists than was originally planned.

U.S. Transportation Secretary Anthony Foxx made the announcement at the South by Southwest conference (SXSW) in Austin, Texas, on March 12. Louisville Mayor Greg Fischer was also at SXSW, and spoke with WFPL’s Jacob Ryan about some of his experiences there.

Louisville’s bid was among 78 applications submitted to the DOT. “The level of excitement and energy the Smart City Challenge has created around the country far exceeded our expectations,” Secretary Foxx said in a statement. The challenge specifically sought mid-size cities with populations between 200,000 and 850,000, according to Next City.

The Smart City Challenge was developed in response to the department’s Beyond Traffic draft report, issues in 2015, that showed a need for increased mobility options in mid-sized cities. The report also revealed current infrastructure is not equipped to handle population growth in these cities.

“Nearly all of the finalist cities are looking to network existing infrastructure using sensors and to improve electric vehicle infrastructure; many are exploring the potential of self-driving cars,” Jen Kinney wrote for Next City. “Austin would add more sensors to roadways and better integrate regional and citywide traffic data to more quickly reroute cars in the event of a crash.” Read more about the finalist proposals at Next City.

“The winning city will be selected based on their ability to think big, and provide a detailed roadmap on how they will integrate innovative technologies to prototype the future of transportation in their city,” a press release stated. “The Department will work with each city to connect them with existing partnerships and support their final proposal with technical assistance.”

A winner is expected to be announced in June.

Louisville’s application to the challenge caused some controversy locally, which may have affected the city’s chances of being selected.

“The root of Louisville’s Smart City vision and application focuses on efforts already underway, specifically enhancing transit along the Dixie Highway corridor and expanding a pilot program to increase connectivity throughout the county,” a press release from the city read. “The vision also focuses on upgrading Louisville’s transportation network to include smart signals, additional sensors to improve traffic conditions and data collection to help people make real-time travel decisions.”

Louisville’s Coalition for the Advancement of Regional Transportation (CART) took issue with Louisville’s effort in the challenge. “We think it’s tantamount to a kill light rail challenge,” said attorney Bud Hixson, a CART representative told the Courier-Journal‘s Phillip Bailey in January. “It’s hijacking transportation planning in favor of the automobile industry.” Hixson and other supporters had called for public hearings on the application.

You can peruse Louisville’s application here, submitted on February 4, 2016.