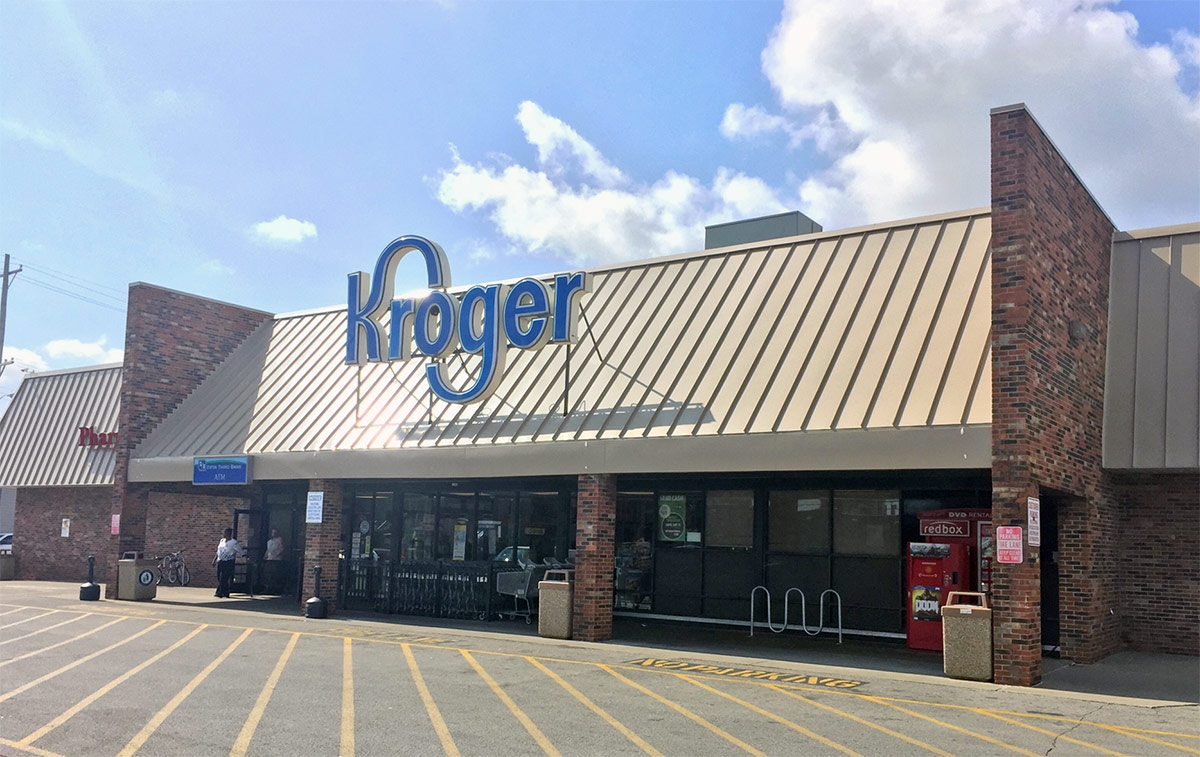 The Kroger location at 924 South Second Street in SoBro, the area south of Broadway between Downtown and Old Louisville, has hit the market, and the future of the last urban grocery store in Louisville remains uncertain.

“We have Kroger on the lease until the end of the year,” Scott Gilmore, Senior Associate at CBRE, told Broken Sidewalk today. “If you wanted to keep them on they could stay until the end of next year.” After that, a new lease would need to be negotiated.

The 2.58-acre property and its 26,410-square-foot grocery store building are listed by CBRE for $1.6 million. The single-story structure, facing a large parking lot (for which SoBro is famous), was built in 1980, according to the listing. The property includes three parking lots separated by alleyways spanning from Second to Third to Breckinridge streets.

The Kroger site sits directly south of the Puritan Uniform Rental Building that Spalding University proposes to demolish for yet another parking lot.

“There’s no guarantee” on whether Kroger will renew a lease or move on, Gilmore said. “They seem to say they’re losing money and have been for some time. They did put some money into it a few years back, but didn’t realize the sales they thought they would after the investment.”

Gilmore said the property has been on the market for about two weeks and there has already been a lot of solid interest. He said interest is coming from both locals and out-of-towners, but declined to elaborate on any potential buyers.

There’s interest in seeing Kroger stay on, Gilmore said, but the site also offers a good redevelopment opportunity if that doesn’t work out. “It’s a moving target,” he said.

“It’s a very integral piece of real estate for the area,” Gilmore said, “especially being one of the only grocery stores in Old Louisville.”